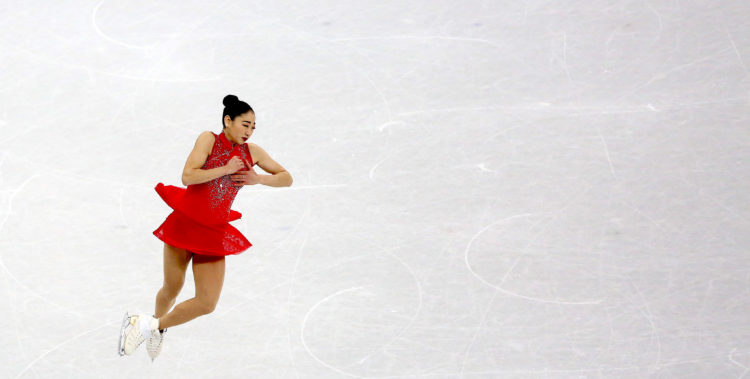 I cannot get enough of Olympic skater Mirai Nagasu. Her technical aptitude. Her post-performance fist pumping. Her dazzling smile.

Her going all-in on the triple axel.

In case you’ve been in Siberia or binge-watching This Is Us since Sunday, Nagasu landed a triple axel in PyeongChang over the weekend, helping Team USA win bronze in team competition. She is the first American female to land the jump at the Olympics.

Nagasu added the risky 3.5-revolution jump to her repertoire following the bitter disappointment of not making the 2014 U.S. Olympic team. But here’s the most fascinating thing: It’s just math. Oh for sure, it’s power and risk and redemption, and when Nagasu nails it, it’s sublime. But mostly, it’s math.

The technically demanding triple axel, even when flubbed, outscores a flawless double axel. To go for it and falter still means you outscore the competition.

Four months after missing the cut in 2014, Nagasu began training on the triple axel. Everything became about executing it. She visualized herself doing the jump and taught her muscles to catch up. She practiced until her hips screamed from all the falls – and then she practiced more. Nagasu’s Olympics costume designer removed crystals from her dress, factoring in how the weight of the glue could affect the jump.

Nagasu even placed the triple axel at the beginning of her program, when she has fresh legs and fresh ice. Oh, and she knows a thing or two about fresh ice. In 2015-16 she was an “Ice Girl” for the Colorado Avalanche, cleaning the playing surface during stoppages in play at NHL games.

I want to hug her. I want to have her over for dinner. I want to ask her a few questions. What are the conversations really like with your coaches and your parents and yourself when years of training fall just short? How does it feel to read your own moratorium in the press, who summed you up by saying, you “once appeared poised to become a star”? What made you take the risk?

Seriously, this is the kind of stuff I think about all the time. What makes one person choose purpose and freedom while another person chooses finger-pointing and grudge-holding? What puts some on the podium and keeps others staying stuck or scapegoating or settling for status quo?

It can’t be math.

My pastor Des Wadsworth said something several years ago that has changed my thinking about big moments in life: “How you behave in decisive moments declares something about God.” I love dropping that filter on my decisions. Will this path make God look safe and skittish and small? Or creative and bold and good?

Also inherent in his challenge was the idea that life will have decisive moments – big moments with big decisions that may have big risks. “I am exhilarated by staying status quo,” said no one ever.

We can take a cue from David. The book of I Samuel hints it may have been David’s feet that helped make him a man after God’s heart. For 40 solid days, a giant whose armor alone weighed 125 pounds taunted the Israelite army, which cowered in collective fear. And I Samuel 17:48 says David “ran quickly toward the battle line to meet him.”

I think the heart of God beats hard for people who go all in. There’s a risk of sounding foolish – Peter said stupid stuff, but Jesus built His church on him anyway. Sometimes we crash and burn. Sometimes we power through with our agenda and God in His kindness lets that flame out. But sometimes we run toward the battle with a slingshot and five stones, and we end up only needing one.

I’ve lived this thing both ways – hair on fire and hair neatly combed. I breathe cleaner air when I lace up and go. When I listen to the One who calls me to disrupt my safety so He can use me. It’s pretty vulnerable, isn’t it? A not-safe life that’s sold out to God can feel alive but alone. There may be sacrifice. Finances or time may tighten. People may misunderstand you, the theology patrol may try to arrest you, and the naysayers who confuse freedom with arrogance may attack you.

You may even lose a little bling.

But some of you are dying to take that risk. To do that thing that makes your heart race. To line up your pursuits with God’s purposes. To live a life with more impact and more influence than you could ever have imagined. 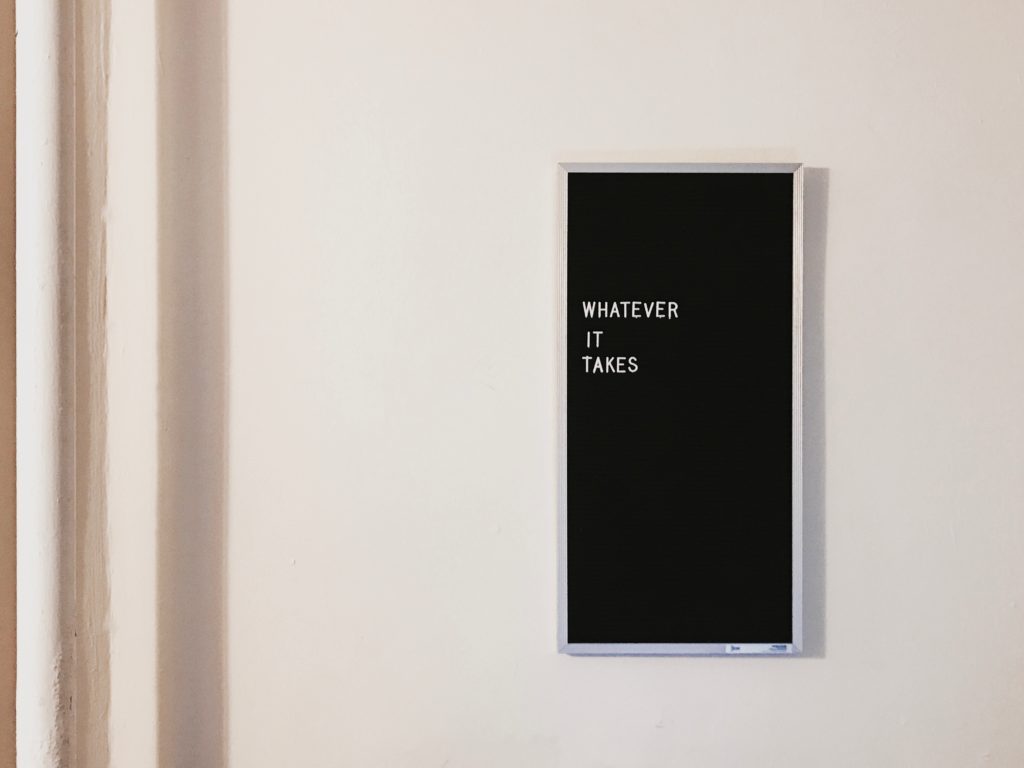 What keeps you playing it safe? For me (and for years), it was knowing I could land the double axel. Oh please, not really. The meniscus in my right knee resembles an 80-year-old’s. And, remember, I couldn’t even skip in grade school. For me, this just means that life was doable but not doing. It was safe but uninspired.

It’s a pretty small hash mark of time that we’re here. This life is more than fighting rush hour and fighting with our kids. That thing that has your heart racing? It might mean absorbing the indignities of falling flat or feeling misunderstood or taking on a task below your pay grade. But here’s some ancient words to encourage you: David commissioned his son Solomon to “Be strong and courageous and do it.”

I’m training to live a triple axel life. I intend to land it. But even if I falter, I’m still going to be able to live with my score.

Who else is in?