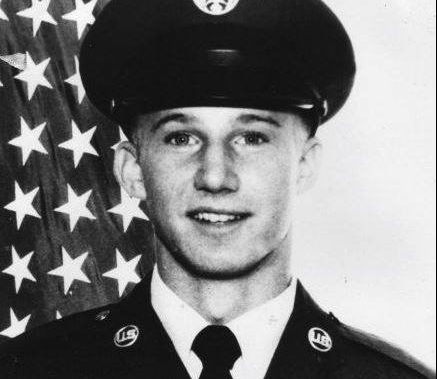 Clash of the Titans: The Day a Kid from Ohio Became a Hero

Don’t miss her maiden name. It’s the name of an American hero.

The time stamp is Sept. 18, 1980. The scene is Titan II Missile Complex 374-7 in rural Arkansas. At ground level, it was an unassuming swath of land. If not for a few antennae, a retractable door concealing an underground silo, and coils of barbed wire topping a perimeter fence, the complex could have been cow pasture.

Just below the surface, however, a 9-megaton thermonuclear warhead is perched atop a pressure cooker. Due to a freak accident, the Titan II is gushing rocket fuel eight stories below. Red lights are blinking and alarms are blaring. If fuel pressure is lost, the missile will collapse on itself and ignite.

The U.S. military faces a potential nuclear catastrophe that could affect life and landscape from Dallas to Memphis and St. Louis to Baton Rouge.

The PBS documentary “Command and Control,” based on a book of the same name by Author Eric Schlosser, chronicles the crisis: Do they open the hatch to vent the vapors, but risk catapulting a nuclear warhead into the sky? Do they evacuate the underground control center, saving four personnel but cutting off access to the Titan II missile?

By the middle of the night, solutions and time are in short supply. Someone has to go into the complex and turn on an exhaust fan. Senior Airman David “Livy” Livingston taps himself on the chest, as if to say, “I’ll go.” 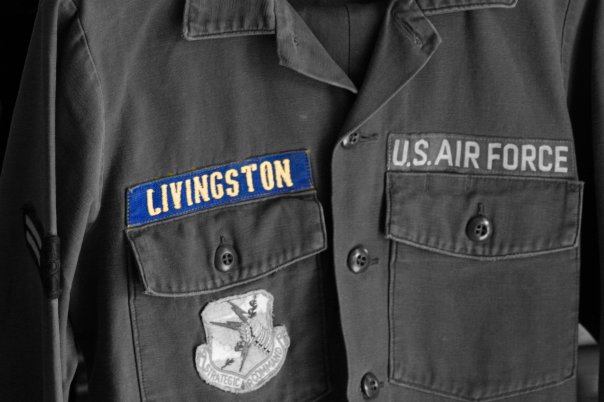 Just 10 days prior, David had spontaneously hopped on his motorcycle and ridden more than 700 miles to his hometown of Heath, Ohio. It was a surprise visit, just days before his 22nd birthday. He arrived hot and sweaty and his 19-year-old sister Marcia ran inside to get him a tall glass of ice water.

She’d forgotten he didn’t like ice. “How long have I been gone?” he teased. She managed a “silly-me” response. It’s the kind of memory that’s insignificant until it’s glaring because you realize it’s one of your final memories.

A photo of David at age 10 in front of his grandpa’s appliance store shows him holding an American flag as big as his body. He loved his country. He loved motorcycles. And he loved people. “He was so full of life. He was just contagious,” Marcia says. 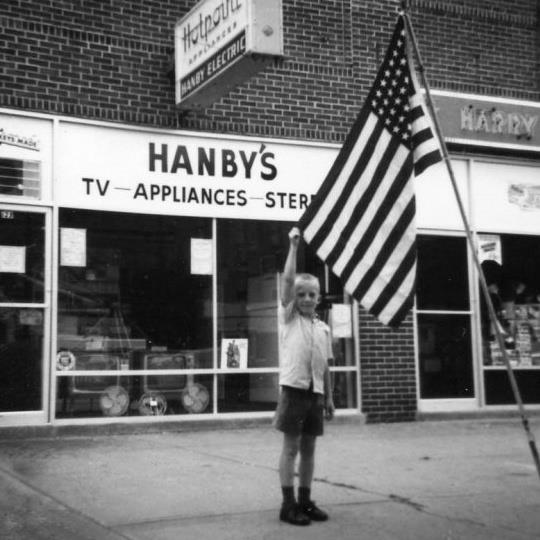 One night, David and his high school buddies were at the Livingstons’ house while Marcia hung out with girlfriends at an adjacent home. “We saw the light go on through our kitchen window, which was a huge window,” she says. “We decided to sneak over and hide behind the tree to see what the boys were up to.” Oh boy did they see. Boy did they really see.

“All of a sudden the boys came leaping out of the window, one by one, streaking,” Marcia says, laughing at the memory she hadn’t summoned in so long. “We jumped out and scared them to death.”

She pauses. “You know?” she starts and pauses again. “He was just my silly brother who became a man – and a man who became a hero.”

Staring Down a Titan

The precise moment of heroism happened at 3 a.m. on Sept. 19, 1980. David and his superior, Sgt. Jeff Kennedy, had just emerged from the complex. The air samples they took showed fuel vapor levels at concentrations high enough to melt their military-grade RFHCO suits. Someone needed to vent those vapors. “Livy” tapped his chest. Right where his heart was.

David reentered the Titan complex, went down a flight of stairs to switch on the fan, and was almost back out again when the whoosh of explosion blew ground personnel off their feet. A fire orange plume erupted from the silo. Screams of “Evacuate, evacuate!” rang out while the sky rained fire and concrete and glowing steel. The nuclear warhead went airborne and nestled into a nearby ditch, unaccounted for and undetonated.

Personnel raced from the scene. Unbelievably, David and Jeff Kennedy survived the explosion. In an interview captured in “Command and Control,” Kennedy recalled hearing David calling out, “Oh my God help me. Please, somebody help me.” Both men were seriously injured.

David lay on the ground for an hour, breathing in toxic vapors that hung in the air.

‘He was not going to let him die alone’

Unable to account for his team, Senior Airman James Sandaker scooped up a few willing hands and returned to the blast site. It was Sandaker who held David in his arms during an unceremonious pre-dawn drive to the hospital in the back of a pickup. “James knew my brother was going to die. He was not going to let him die alone. He held him the whole way,” Marcia says. 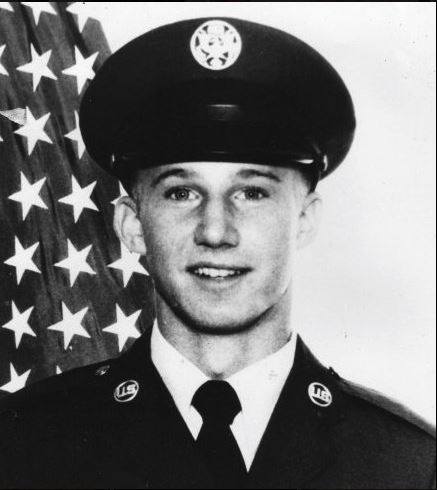 Senior Airman David Livingston lost his life in the 1980 Titan II Missile explosion in rural Arkansas. He was posthumously awarded the Airman’s Medal for Heroism.

Hours later, at 6 p.m., the 22-year-old kid from Heath who wore a straight cap and crooked smile was gone. The official cause of death was pulmonary edema, a buildup of fluid in the lungs.

Looking back, Marcia says she has never experienced the peace of God like she did in those days.

“There was just a peace that passes understanding. You can’t even grasp it. It is hard to explain it, but I know I wouldn’t want to live without it,” she says.

A sense of the surreal surrounded the military pomp and circumstance in the wake of David’s death. When a building at Little Rock Air Force Base was named after David, a little-known, first-term governor named Bill Clinton personally offered his condolences to the Livingston family. Marcia barely remembers. It’s all just a blur.

Thirty-seven years later, Marcia continues to discover new things about that day. “I always thought David had been ordered to go in,” she says. “Only after ‘Command and Control’ came out did I learn that my brother stepped up to go in.” 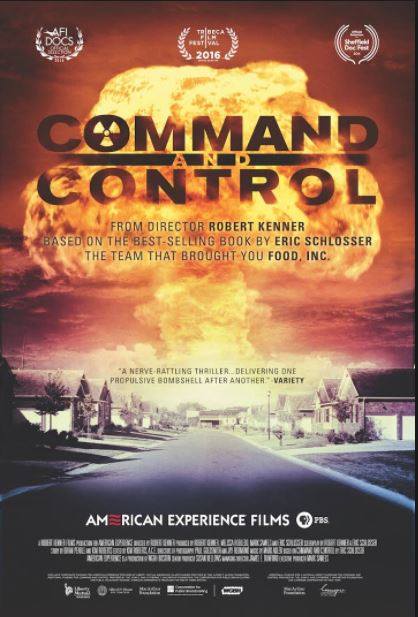 Since the documentary aired, Marcia has connected with David’s fellow servicemen. Sandaker, the man who held David en route to the hospital, told her how her brother once “concealed” a contraband engine block he was tinkering on by slapping plywood, coffee cups and an ashtray on top of it for room inspection.

“What is that?” his first sergeant demanded.

“It’s my coffee table,” David calmly replied, causing his superior to snort, turn, and walk out.

In the documentary, currently streaming on Netflix, a profile of David is visible just for a second at the 55:18 mark. It’s gone as soon as it starts. But it’s one second that Marcia didn’t have before. 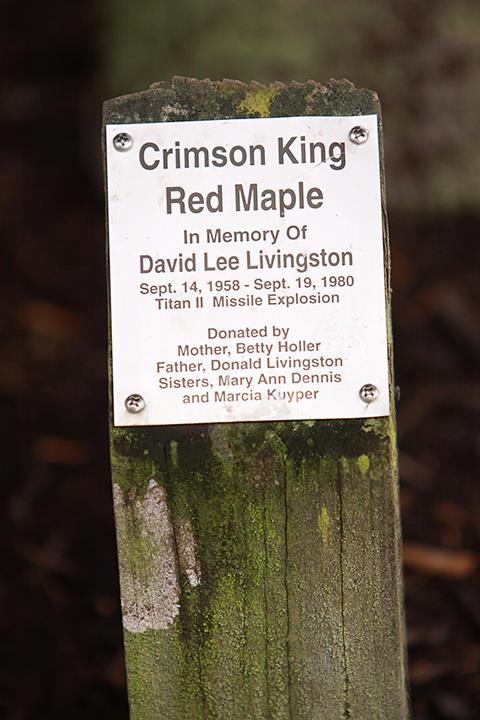 Reaching for memories of her brother sometimes feels like reaching for air. It’s been so long, and Marcia’s life had to go on. A gifted photographer, she’s been married 25 years and has three kids, the youngest of whom bears an uncanny resemblance to David.

Marcia’s mom Betty passed away last year. She never got to know – not on this side of eternity anyway – that her son volunteered to go into the Titan II complex early that morning. In fact, by the time Schlosser’s work was published, Alzheimer’s disease had robbed Betty of even the memory of her son.

In earlier days, Betty lived in a home backing up to Geller park in Heath. Always visible from her yard was a Crimson King Red Maple tree planted in David’s memory. Marcia’s sister Mary Ann lives there now. She keeps watch over the home. And the memories. And the tree.

Now mature, that Crimson King has peaked at about 40 feet tall. But it will never be as tall as Senior Airman David Livingston. He was a boy who jumped out of a window naked who became a man who jumped into danger suited up in space gear.

He was a brother to my friend.

And he was a hero to our country.