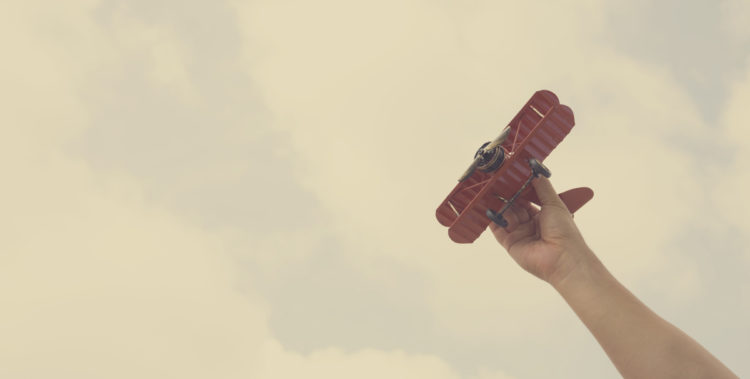 What To Do In Uncertain Times

Sometimes research takes me unexpected places—like to the incredible story of a 10-year-old who once helped NASA’s $55 million space capsule splash down safely.

Greg Force, now in his 60s, was 10 when Apollo 11 began its journey from the moon back to earth. And Houston, boy was there a problem. A tracking station in Guam was supposed to help Apollo 11 astronauts and NASA make final contact before splashdown, but at the last minute, the powerful 30-foot antenna needed to track and talk with the crew failed due to a broken bearing.

Guam Tracking Station Director Charles Force thought of a workaround—maybe lube would coax the broken bearing to work. No one on his staff could reach the bearing through a 2.5-inch-diameter opening, so he sent a car to pick up his son. Ten-year-old Greg reached right in and packed grease around the bearing, and the rest, as they say, is history. Guam tracking station successfully completed its role in the mission, and Apollo 11 splashed down in the Pacific Ocean the next day.

What does a 50-year-old story and a 10-year-old kid have to do with this crazy world we’re living in? I wonder if sometimes we’ve just got to bring what we have. Alone, we can’t lower gas prices, eradicate a virus, or stop a war. Those problems are too big for us to get our hands on. But the question of what to do in uncertain times isn’t without answers.

We can help our kids navigate this scary world with peace.

We can tear down walls the pundits say we’re supposed to build.

We can love the people that God has placed in our orbit today.

We can focus on meaningful ways to serve those who are hurting.

We can open our hands rather than wring them.

None of us know what tomorrow will bring. None of us ever really have. But a 10-year-old kid’s hand once fit through a narrow opening to fix the antenna that tracked the first men who walked on the moon. With only his dad’s directions, he had to feel his way.

God often does His best work with narrow openings and people who embrace His direction. He led His people through the Red Sea. He let two spies escape by a rope down a four-story city wall. And He offers a narrow road that leads to life.

I think the best thing I can do with my hands is grab someone else’s and bring them along.