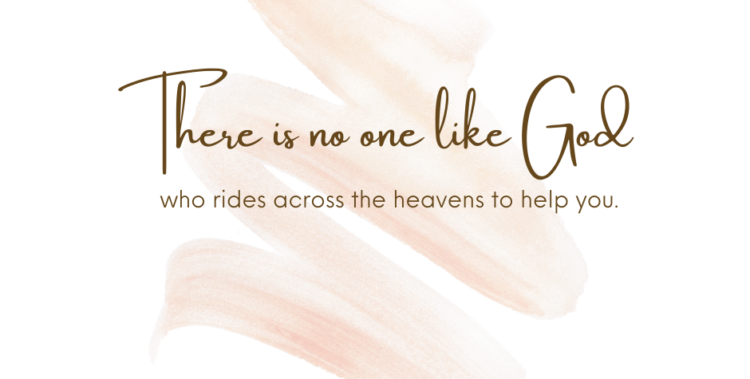 What in the World is God Doing?

Life sure adds up.

Sometimes smiles, small wins, and simple joys create a composite of peace. Other times, setbacks lead to death by a thousand cuts. Where is God, we wonder. Could He just give me a break?

Last week was one of those weeks.

Tuesday, I deleted every last piece of video evidence that my son had ever played in the band. There was a small mercy in this because, fifth-grade band. But mostly I was devastated. The timpani solo from the year he played percussion, gone. His one, shining, trumpet solo from eighth grade, erased.

“Let me explain to you how the cloud works,” began my Very Unhelpful Neighbor who the bible tells me I’m supposed to love. Obviously, the cloud where my photos live is far beyond my comprehension.

Later that day, I recorded a video devo for women at my friend’s church. On my first take, even though I’d cleared a bunch of memory by obliterating my son’s band career, my phone ran out of storage with two minutes to go. On the second take, my dog vomited, with feeling, with three minutes to go. On the third take, said dog, worn out from being sick, fell into a deep sleep and snored so loudly I had to stop the recording with one minute to go.

After four takes, I finally was ready to transfer the large video file. Where was my Very Unhelpful Neighbor when I needed help?

By Wednesday, my attentions turned to a corporate project, where a comedy of errors resulted in a full afternoon of design iterations on a single paragraph. The job is 20,000 words, so by my calculations of wind speed, editorial volume, and corporate dexterity, I’ll be done by 2030.

Speaking of being done, on Thursday my air conditioning unit conked. After 28 years of keeping 110 degrees on the other side of my front door, the old girl delivered an emphatic boom—like a fifth-grade timpani solo—and with scorching, hot-to-the-touch fury, she breathed her last. That unit was older than my marriage. I wanted to play Taps for her, but that only reminded me of my son’s deleted trumpet career.

By Friday, I made up my mind to put the week’s stress behind me. Behind me. IS THAT RUNNING WATER BEHIND ME? The toilet gushed with overflowing water, turning my previously-documented hazardous bathroom into a kiddie pool and my newfound resolve into, well, things that go into the toilet.

I ran through the house for a plunger and old towels and waded to the shut-off valve through the water that flooded my floor. And my bathroom. And my life.

Where is that cloud anyway? Is that a real place? Could I go there now, please?

I bet you can relate. Some weeks just make us want to step off the ride to catch our breath, don’t they? No single one of those events would ordinarily be enough to send me over the edge. But by the weekend, their cumulative effect left me cooked. Conked. Like that 28-year-old air conditioner, I was loud and hot and ready to blow.

As I journaled my exquisite angst, this question flowed from my pen: Where did you just come from, Laurie?

Of course. Why hadn’t I seen it? I was fresh off the high of a writers’ conference, where I made connections and concrete plans. The dream of becoming an author seems finally to be taking flight. I had to live a little life and set some baggage down, but God seems to be saying, “go.”

So, of course, real life served up “stop” after “stop” through lost photos, dollars, and patience. The enemy had reached into his stale bag of tricks. I needed to reset.

It helps me to geolocate my enemy and my God when life gets hard. We know where the enemy is and what he’s doing. He prowls around the earth like a roaring lion looking for someone to devour.

And we know where God is and what He’s doing. Deuteronomy 33:26 says He rides across the heavens—and on the clouds in His majesty—to help you.

There we are again. Right back at the cloud.

And that’s a promise that cannot be deleted.