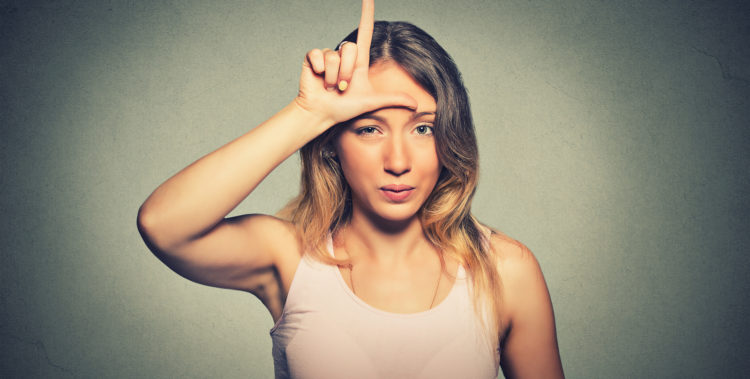 To all the losers, less-thans, and frauds

My family recently tuned in to a show featuring two comedians. One asked the other, “Have you ever said to yourself, ‘I don’t think I can do this?’”

“Right up until the curtain opens,” the other comedian said without missing a beat.

The other nodded his head, knowingly. “I don’t know why I even picked this business. I don’t have what these people want to see. They want to see a funny guy.”

You might have heard of them. Their names are Jerry Seinfeld and Jimmy Fallon. Two of the funniest guys on the planet. Sitting in a coffee shop, airing their fears and feeling like frauds.

We expect Seinfeld and Fallon to pull a seat up to the adult table like they belong. But plain old garden variety me? And you? Now that’s a different story. Some of us have been hustling for worth for a long time now. Believing lies. Playing old tapes.

The devaluing words spoken during childhood? See? Even your parents aren’t proud of you.
The abortion you had when you were desperate and afraid? You don’t deserve to be a mom.
The secret that’s got you trapped in your own life? Everyone would leave you if they found out.
The need for perfectionism that has you chronically falling short? You’ll always be a screw-up.
The reflection you see in the mirror? You’ll never be beautiful.

Last year I was asked to help lead worship on a Sunday when the song selection was vocally challenging and our safety-net soprano was on vacation. Thursday night rehearsal was a disaster. All day Saturday, I hummed arpeggios and practiced the high vocals. I doubted whether I could hit the notes. I convinced myself my high school stint as Laurey in Oklahoma! never happened. By Saturday night, I was pretty sure I had never actually been able to sing.

I almost called in sick.

I survived my soprano stint. As far as I know, the congregation did, too. And after the service, my fraud moment became a God moment. A young woman approached me and said, “I think we should have coffee. I’ve been thinking about asking you and during worship I felt pretty sure I’m supposed to ask you today.”

God is just too much. He did use a donkey to speak once, so that takes the pressure off. But it never ceases to amaze me how He uses me in spite of me.

I’m glad the expression on my face and not the unrest in my heart came out that morning. The young woman has become a treasured friend. I love her silliness, sass, and sweet desire to know Jesus. And I almost missed it. I almost called in sick. I almost let a few high notes rob me of a high calling.

When we feel most inadequate is often when God uses us. I love Christine Caine’s thoughts on this: “God doesn’t call the qualified, He qualifies the called.”

God looks upon you with favor.
He sets His affections on you.
He thinks about you.
He has a plan for you.
He gave His Son for you.
He crowns you with glory and honor.
He calls you precious and honored in His sight.
He hems you in behind and before.
He delights in you.
He rejoices over you with singing.
He made you fearfully and wonderfully.

Looking at His thoughts about us, why would we ever play our own tapes? Or others’ tapes? Why would we want to? It may not even be a conscious act, and yet we interrupt James 4:8 right out of the gate. “Draw near to God and He will draw near to you,” is drowned out by other voices that say, “He doesn’t want you. Don’t even bother.”

To the last point on the list above, Psalm 139:14 reads, “I praise you for I am fearfully and wonderfully made. Wonderful are your works; my soul knows it very well.”

How’s your soul knowledge coming along? Does your soul know that His work — that would be you — is wonderful? Or are you thinking you’re the loophole? The one child God would be better off disowning. The one person whose failures outpace His grace?

Enough. These are paralyzing words. They limit our advance. They lull us into ineffectual and intellectual aimlessness. They tempt us to shun our calling publicly because of what we’ve done privately. We don’t feel like God could really do anything great with us. So we don’t do anything at all.

The enemy loves to make us feel like frauds. It’s how he keeps us down. It’s a tired, lazy tactic, and a game he once played to God’s face. Have you considered Job? He only serves you because he’s fat and happy. But he’s a fraud. Strip it all down and see how much Job really loves you.

Job proved his faith genuine. You can, too. I hear the “yeah, buts.” I get it. I really do. Sometimes people pour garbage words into us and it’s hard to unhook from the lies. But if you’ve followed my blog for five minutes you know what’s coming: There is a choice ahead: Wallow in a damaged state of self-pity. Or go get your life. 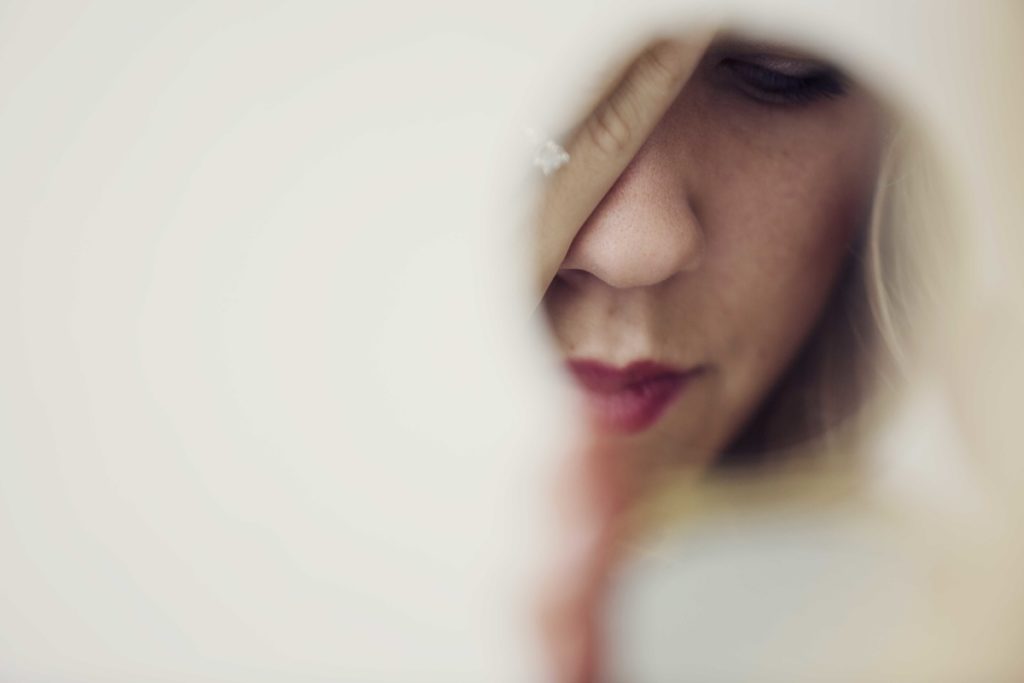 If Paul had been paralyzed by his critical, criminal past, we wouldn’t have 13 New Testament books. If emotional, impulsive Peter had stayed stuck in self-condemnation over denying his friend and Savior, the church would be built on a different rock. If the woman at the well had hoarded Living Water, she’d never have inspired an entire town full of her mockers to come meet the Lord.

If Rahab had let her shady profession keep her in the shadows, she would have forfeited her place in Jesus’ messy Messianic line.

So, what to do with all the old tapes? Here are three ideas.

The pages of scripture are full of examples of everyday men and women who had the same decision before them: Defeating lies or letting lies defeat them. I mentioned a few above — and I’d love to read more examples from you in the comments below — but Paul is worth a second mention here. Thrown in prison for advancing the gospel, he didn’t wring his hands over whether he really was the man for the job. He didn’t confuse his purpose with his position. He didn’t pout over God putting him in time-out from ministry.

He went and wrote Philippians, the most joyful book in the bible, from his prison cell. And though he was chained to prison guards, the joke was on Rome. Chains go both ways. And because guards were his captive audience, the gospel advanced right on through their imperial ranks.

Trust me, I don’t always win at this game. I recently late-night texted my friend Melinda (really late-night texted, sorry about that, friend), confessing that a broken place in my story made me feel like a fraud as a writer. “Who am I to write to anyone when my own state of affairs is so ugly?”

Oh wow, how I needed that. Maybe you do too. What lie are you believing? Whose voice are you listening to?

I don’t know about you, but I’m taking a cue from Paul, who just did not need others to validate him. I’m ready to quit letting the enemy squelch the joy out of my life and the purpose out of my ministry. I’m listening to one voice — the One who delights in me. The One who rejoices over me with singing. And the One who never, ever stresses about hitting the high notes.