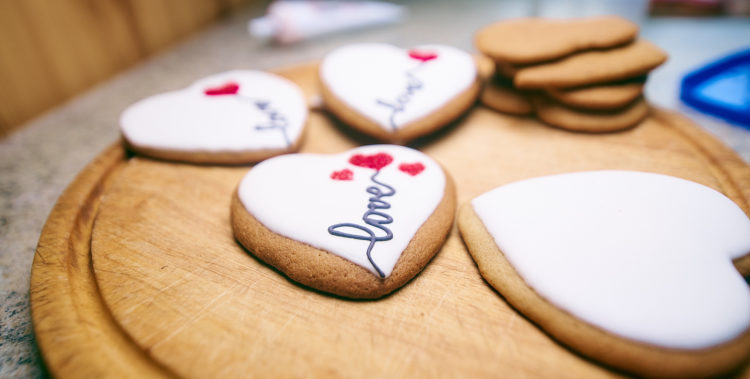 The Garbageman, the Bee Gees and other Big Triggers

Somewhere in Illinois there’s a garbage man who thinks I have a crush on him.

These days, we’d call him a sanitation engineer or waste management professional. But when I was a kid we just called him the garbage man. I don’t know if this was insulting or learned behavior or just what everyone called the guy who worked harder than anyone I knew. He was lean, he worked with his shirt off in the summertime, and he kind of looked like Barry Gibb.

My older sister’s lunchbox had Barry Gibb on it. My younger sister’s had Robin. I got stuck with Maurice. Nothing against Maurice — when his falsetto harmony asked me ‘how deep is your love’ while the disco ball flung speckles of light across the roller rink during slow skate I knew he meant it — but his hairline was receding and I was an 8-year-old girl who wanted a statement lunch box. I wanted Barry Gibb.

Which brings me again to the Barry Gibb garbage man who rode the back of his truck down Peggy Ann Drive once a week. He’d step off just before the truck stopped moving and run up my driveway to empty our galvanized steel trash cans. He’d haul our trash to the truck and then run up the neighbor’s driveway. Run, haul, throw, run. He hauled trash in my neighborhood for at least a decade. Or maybe less, because the last time I saw him I was 13.

By my teen years, the Bee Gees were so 1970s and I had new pursuits, like Bo and Luke Duke and babysitting. One February day I carefully decorated cookies for the kids I babysat with messages like I love you and Be mine and XOXO.

I had extra cookies, so I decorated some for the garbage man with icing and sprinkles. When his truck roared up, I ran out, foisted the frosted goodness into his hands, and blurted, “Here, I made something special for you.” I trotted back inside, a little embarrassed but mostly satisfied with my good deed. Time to get in the shower, I thought. I’m babysitting tonight.

I walked down the long hill to the Quiggs’ house, eager to see their delight over the cookies I’d decorated with messages like I love you and Be mine and XOXO.

We ate dinner. They tore the foil off their cookie plate. And they began wolfing down cookies decorated with icing and sprinkles.

Bare-chested Barry Gibb thinks I want him to Be Mine, I bemoaned. I put the kids to bed early so I could curl into fetal position and cry tears of exquisite teenage angst. I never saw Barry’s face again because every time his truck roared up I ran to the back of the house. Nearly four decades later, I’m still triggered by the Wednesday rumble of the waste management truck. “Here, I made something special for you.” Seriously, Laurie? I will never not face palm.

I have no idea why the cookie escapade came to mind the other day. I laughed as I imagined that garbage man processing what he must have assumed was a schoolgirl’s crush. Maybe he just ate the cookies and didn’t think a thing of it. For all I know he chucked them into the compactor and I’ve tormented myself all these years.

But it made me think:

There’s something really wonderful and freeing about midlife. We’re done giving our best gifts to the wrong people.

I think by midlife most of us get a grip on that. If our 20s were about status and our 30s were about stuff, then maybe our 40s and 50s are about taking stock. Finally facing our demons. Finally being ok in our skin. Finally offering up the very best of our souls and ourselves to God. We finally stop giving our best gifts to the wrong people.

I wonder if the people-pleasing petri dish is where our famous midlife mantra was born. I’m sure you’ve heard it, and maybe you’ve said it: “I don’t care what people think anymore.”

I tried that phrase on for a little while, too, although I have to admit it never really felt in character. So what’s really going on when we say that?

Is it our coming-of-age pushback to those who think they can set our self-worth? Is it our pop-empowerment clarion call to warn that we’re done sacrificing our dignity to keep a dysfunctional peace? Is it that we’ve ditched the disease to please? Or simply that burnout is a good teacher, so we’re learning to say necessary no’s — and we’re finally ok with the fallout because we’re just too tired to say another shoulddy yes?

I don’t think it’s true that we “don’t care what people think.” I think it’s the best sound bite we’ve got, so we go with it.

I hope we still care. If there’s one thing we’re equipped for in these middle years, it’s caring. It can be such a sweet time in life. Hard knocks have forged our softer contours. Humility has helped us trade our twentysomething sanctimony for midlife magnanimity.

My friends over at Ten Thousand Little Hours posted a message this week that said, “Confidence is not ‘they will like me.’ Confidence is ‘I’ll be fine if they don’t.’”

Midlife is such a make-it-or-break-it season. Some maneuver it but don’t grow. I don’t know about you, but I want to step into a high-octane calling. I want to cut the empty calories.

This thing may not have gone exactly like we planned. But, like my friend Paula Scott wrote today, trusting God equips us to surrender to the life we have — instead of the one we thought we should have. We can’t always see God’s good plan for us. But in these middle years, maybe we start to hear it.

It’s like after all these years we really hear His voice. We hear him calling us to a purpose that’s uniquely ours. “Here, I made something special for you,” He says.

And, in my case, I’m thinking He says that with a wink.