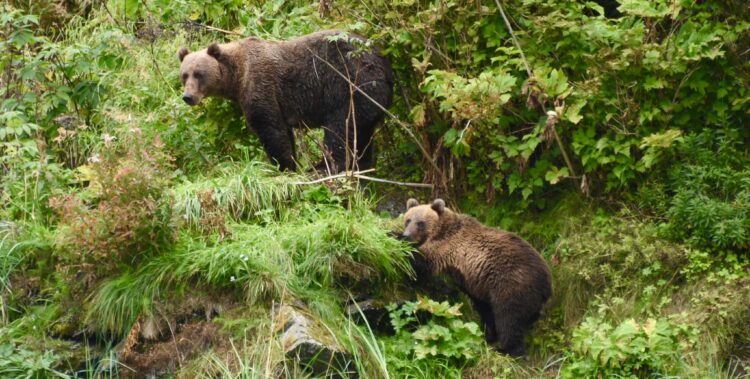 The Day God Opened His Zoo

Some days just gob smack you. You know that another day could never be like it, even if it tried. At the end of the thing, you exhale hard and thank God for making you feel alive again.

Today is that day.

We start the morning with Author Bret Lott commissioning us to write simply for the sake of making something beautiful, something that honors God. For many of us, words are utility. A paycheck, or the hope of one.

Bret points us to Exodus, where priestly garments were made for Aaron simply for dignity and honor, not function or utility. He singles out obscure Old Testament Bezalel, of the tribe of Judah, a skilled craftsman who made ornate features in the tabernacle. Only Levites could enter the tabernacle. “He was building something he was never going to enter,” Lott says.

Build just for the sake of making something beautiful. This is what my heart has longed for. Permission to get in the sandbox and play.

As God has a habit of doing, He not only signs the permission slip, He also picks up my sandbox and sets it down in broader sands and waters of His creation. Class ends early that morning. We seize the fickle Alaska sun while it’s shining, so we head out for five uncharted hours aboard the Fields’ barge.

It’s a vessel more commonly pressed into … utility. But on this morning, it’s a playground for writers and salt spray and memories. I feel sure that Chef Tammy, who worked the Bering Sea as a boat captain, has also been a Victorian seamstress in a past life. She cinches my life vest tight enough to force an involuntary exhale. “You won’t need it, but let’s make sure it’s on tight just in case,” she says, giving it a firm tug. I hum the theme from Gilligan’s Island. She cracks a smile.

Our flat barge moves seamlessly through glass ocean water until Captain Duncan opens up the throttle. His trained eye sees what ours don’t. A 15- maybe 18-whale pod blows water so far in the distance that it could be mistaken for pipe smoke or hot water escaping a tea kettle.

The chase is on. Within minutes, 120,000-pound fin whales merge their playground with ours, surfacing, blowing, gliding, and diving. We are close enough to hear a hollow chime, scientists call it an A note, that lingers after they exhale.

Twenty cameras take a thousand photos. A dozen whales hold together in pairs and trios at the surface, putting on a show that even Captain Duncan says is unparalleled in his 50 years of working these untamed seas.

After a full hour of throttling, chasing, and orienting the barge in the best possible position for writers and salt spray and memories, Captain Duncan points the barge toward our next adventure. We cruise into a calm inlet, swarming with silver flashes of salmon under the watchful eye of perching bald eagles.

Duncan kills the motor. The first alert eyes point their iPhones to the 3 o’clock position. A hush falls over both boats. Finally, I see them, the brown fur of a momma Kodiak bear and her well-fed cub, swooshing shallow waters for silver slivers of sustenance. They stop and make direct eye contact … is the momma posing? Or is she pondering the thought every momma bear has thought since the beginning of momma bears? That she’ll kill us if we get closer to her cub?

They move on. We move on.

We dock at a beach, roasting kielbasas, vegetables, marshmallows—and occasionally each other. Friendships are forming fast. Close quarters on a secluded cell-tower-free, wi-fi-free island has a way of accelerating actual human interaction.

The wind starts churning, the sea turns choppy, and the light mist whispers that it’s time to head back to Harvester Island.

Duncan makes time for one final detour. We smell them before we hear them—sea lions perched on a haul out. Their fleshy, sloppy male lords gross magnetism over his lair of ladies. The weather is really turning now. Sea spray splashes and slaps the forward most passengers. Leslie says we can nudge back. The chill and taste of salt on my tongue makes me want to nudge a few inches forward.

We see more whales in the distance, but now we’re whale-watching snobs. They’re too far. We’re too spoiled.

We arrive back at shore, a pod of writers reaching for adequate words. We understand that the divine has collided with the mundane. We assemble to feast on crusted halibut, asparagus, and stories. Leslie opens us in prayer. “Lord, thank you for opening your zoo to us today.”