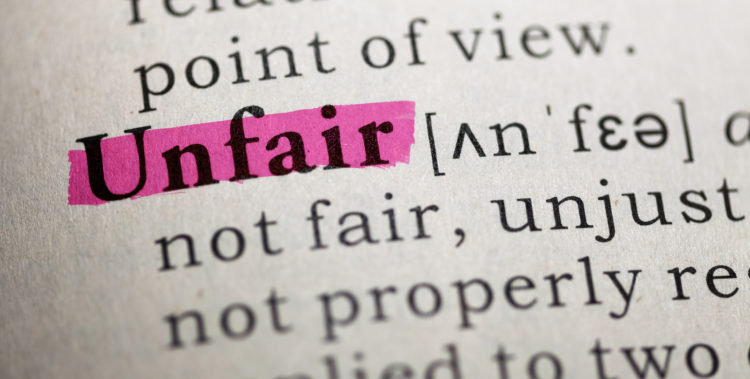 How we respond to life’s ubiquitous “it’s not fair” moments is a true measure of our maturity. This is why I decided against scratching a grown human being’s eyeballs out this week. Context probably matters right now.

Two words, tone, and time of day told me everything I needed to know. The Man Cub’s voice was cracking and he should have been in chemistry.

“Hi honey – is everything ok?”

“I’m not having a very good day,” he said. Seventeen years of voice recognition ID’d his “valiant but choking back tears” voice. The details that tumbled out are less important than the 10,000-foot view. My baby is out of the incubator. There’s a whole big world out there populated with people in authority who brandish it rather than cherish it.

I quickly pulled the relevant file folders from my brain. The folder labeled, “Welcome to adulthood. Life isn’t fair” blipped for a brief moment on my radar. I shredded it for what it is: dismissive and unhelpful.

The folder titled, “Post screenshots on social channels and tag liberally” did occur. Trust me, they would have been on the TODAY Show by tomorrow. But viral things are often caused by a virus. And my son needed me to kill it, not feed it.

I finally found the folder I was looking for: “God at Work.” It’s such a thick file folder. It invites. It expands vision. It offers volumes of evidence about how God is observant enough to see, strong enough to defend, and artistic enough to fashion a silver lining.

Just as I was about to open that file folder, my son beat me to it. “I wonder what God is trying to teach me?” he said. “I just want to hear what He’s trying to say.”

We ended our call. My son’s rock star school guidance counselor scooped him up to help him further talk through the morning’s rattling series of events. And I sat pondering three words. It’s not fair. 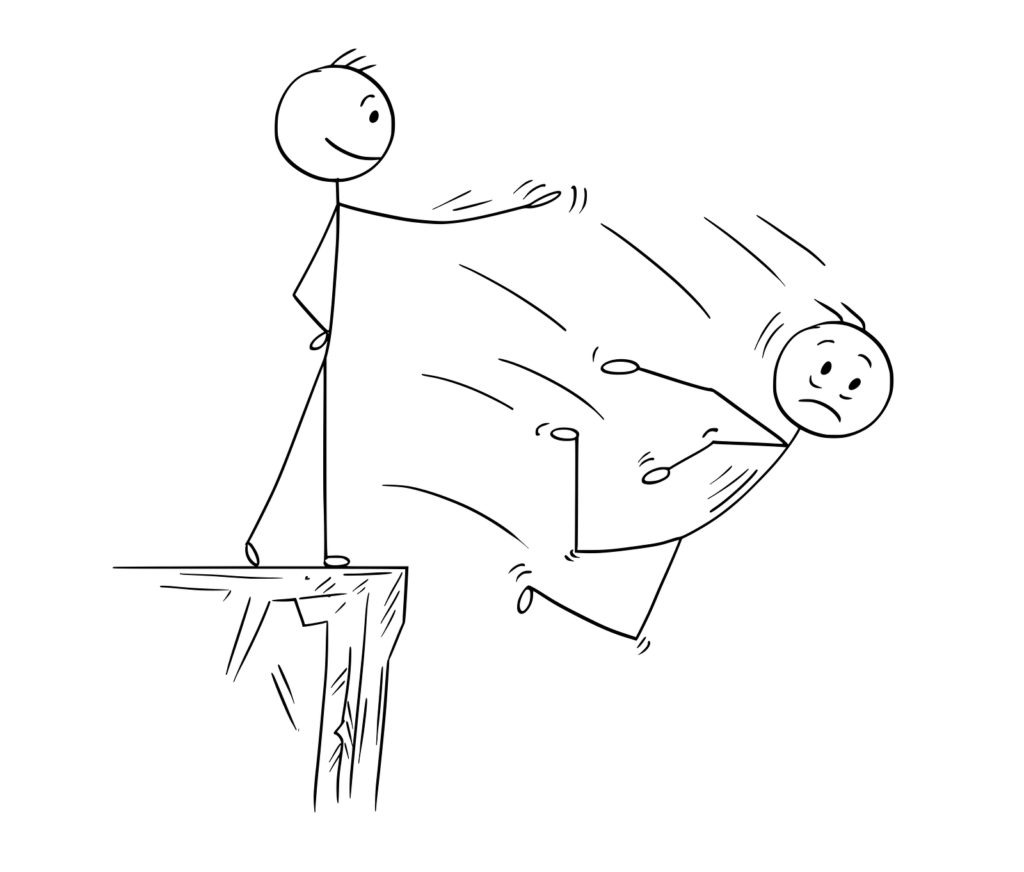 Blurred through tears, the words danced on my computer screen. They drove me to one of my Mt. Everest bible verses, Psalm 119:71, which Eugene Peterson renders gorgeously in his paraphrase: “My troubles turned out all for the best. They forced me to learn from your textbook.”

I flipped forward in the textbook to I Peter 3:9-10, which literally holds the secret sauce for how we can love our lives and see good days. Again, Peterson beautifully paraphrases: “Say nothing evil or hurtful. Snub evil and cultivate good. Run after peace for all you’re worth.”

It’s impossible to run after peace with “it’s not fair” lodged in your heart. So I prayed. I hit delete. On the keyboard and in my heart. I called the hubs and what he said disarmed me: “If God were fair, we’d all be in trouble, wouldn’t we?” Look at all my family members taking me to school. On fairness. On God’s goodness. And on grace.

Jesus once took a bunch of rock-slingers to school, too. They brought a woman caught in adultery into the public eye. Do you know her story? Have you lived her story? Maybe Jesus defended you from accusers who dragged your sin into the spotlight, too. Maybe you’ve imagined Jesus doing the same curious thing for you that He did for her – writing in the sand while accusers prepared to throw stones. Some commentaries suggest He wrote their sins in the sand. Others say His back-turned posture spoke utter indifference to those trying to trap Him.

Either way, it got pretty quiet when He said, “Let anyone of you who is without sin cast the first stone.” No one remained at the scene but a sinner and her Savior. It wasn’t fair. It dismissed the letter of the law. She was no longer the sum of what she had done. She was entirely redefined by what Jesus did.

Read scripture for very long and you’ll see its pages overflow with “it’s not fair.” A thief who deserves to hang on a cross punches his ticket to paradise. An 11th hour convert gains entrance into heaven just the same as those who toe the line all day. An adulterous king goes down in history as a man after God’s own heart while another King suffered a penalty He didn’t deserve so that the people He loved would live.

None of these accounts exist to demonstrate fairness. They exist because grace is scandalous – a phrase introduced to me last year by my friend and pastor Mark Zurowski.

Grace is stamped all over that “God at work” file folder. It is never redacted, never outdone, and as author Anne Lamott says, it always bats last.

That person whose sin rippled into your life. She needs grace.
That lippy kid who’s overwhelmed and and trying to manage life online and life offline. Grace.
That spouse who once said “for better or for worse” only to end up being the actual for worse. Grace.

As for me? I’m looking hard today at my use of a certain phrase.

I’m imagining instead the enemy, who by now must be well acquainted with it, too. Every single time God is done working things out for good, I picture him invoking it. Recoiling in constant defeat from it. Hissing and spitting it with a – can you believe this Guy – kind of tone.

Back home, my son woke up this morning with a fresh eyes and restored dignity. My heart rate has returned to normal and I’m trusting that God is strong enough to defend. As much as I’d like to lend a hand, He really doesn’t need my help. It’s probably a good thing because eye-gouging is bad and prison is a real place.

For now, I’ve tucked the “God at Work” file folder back into its slot. I’m keeping it handy. I marvel at how much bigger it grows by the day. And I’m so grateful I serve a God who offers such scandalous grace.