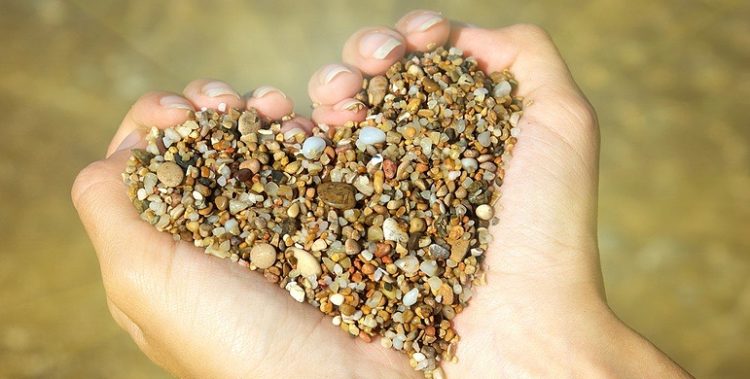 It’s loud out there. Invectives are flying faster than airplanes with middle seats open. Social media platforms have replaced masks as the new red and blue of politics. And we just limped into the arms of 2021 only to find we’re in a full nelson.

Our “unprecedented times” are becoming more precedented and so I’m just not going to pull any punches today. I’ve got a question:

Why do we think it’s ok to be mean-spirited and yet claim faith?

What in the world does the world think when we hit enter on our keyboards like we’re pulling pins on grenades? When we post angry Tweets wrapped in pithiness and think they’re acceptable because they’re smart? There’s a better way. We can cut off the oxygen to these things. We get a say in what we say.

Here’s the harder thing. We don’t get much of a say in who we love because Jesus says to love our enemies.

This is drastic and noble and the highest possible proof that we love Him.

The Greek word translated to “enemies” doesn’t mean people who disagree with us, as if we’re delicate or capable only of trifling with a surface-level rendering of radical love. Jesus gives us much more credit. The word used for “enemies” means those who are openly hostile to us, animated by deep-seated hatred, bent on inflicting harm.

I had to sit with that for a minute, too.

As much as I’d like to, I just can’t find a way around it. There’s no out. There’s no path to being Christlike that doesn’t involve being like Christ. He calls me out—and calls me up—to love those who actively hurt me. When people ask for a paternity test on me, love for the people who hate me is what reveals God as my Father.

If you have a real-life enemy, you know.

But God offers a better way than wrapping our tongues in razors blades and watching while the blood of our enemies hits the floor. That blood doesn’t redeem.

I’ve been making a short list and it’s a tall order:

Love those who intentionally hurt me.

Pray for those who harass me.

Don’t rejoice when they fall.

Don’t be happy when they stumble.

Be liberal with kindness.

Leave the scorecard to God.

I was walking the other day, and 2 Kings 19 was next up on my audio Bible plan. Great, I thought. I need something practical for today and I’m going to hear some ancient story about some king that either followed God or didn’t. That’s pretty much how it went, with a plot twist.

King 1 was a bad king and King 2 was a good king. He “held fast to the Lord and did not stop following him.” When King 1 planned to attack King 2, God had a few words on the matter, mostly calling out the arrogance of King 1, who had mocked God and threatened the people He loves.

Read the whole passage if you want the full rebuke, but here’s a thumbnail sketch of God’s accounting of King 1’s boasts:

And, here’s the kicker, “With the soles of my feet I have dried up all the streams of Egypt.”

Now, that’s funny stuff. King 1 had become so arrogant and blinded by His victories that God said he’d even take credit for soaking up Egypt’s water supply with his cracked feet. That’s how utterly ridiculous the boast of a bully sounds to God.

When we’ve got a God like that to fight our battles, we don’t have to pull the pin on a single grenade.

We can die to self because that’s what leads to life. We can do more than believe that a gentle answer turns away wrath—we can give gentle answers that turn away wrath. The slow-to-anger pace that God shows with our enemies is the same pace we benefit from when He doesn’t lose His mind with us.

Love your enemies. It’s a simple, tall order. Jesus loved His. I know we’ve got it in us—because we’ve got Him in us—to love ours, too.