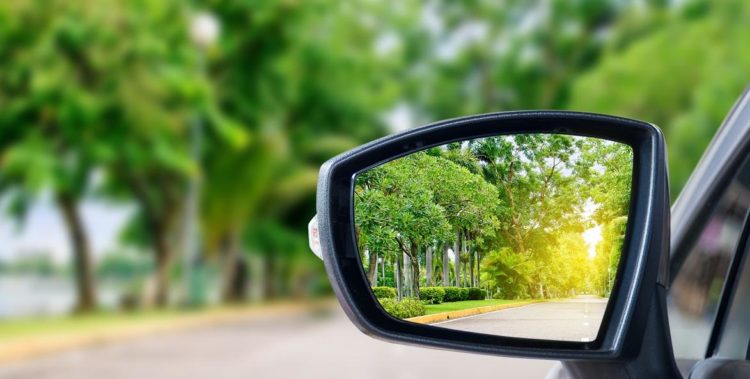 I spent seven years in my 20s and 30s in East Texas. I moved there when I was a new Christian, a new bride and a new newspaper reporter. Becoming a new mom would soon follow. That’s a lot of new.

I learned that marriage is hard, mostly because it requires putting someone named Not Me first. I learned that Jesus loves me, this I know.

I learned that journalism was harder than textbooks made it sound when I was assigned to cover a double murder-suicide on my very first day.

I learned how to navigate newsroom personalities—one of them a salty Lou Grant type who barked incessantly about having to pack 10 pounds of news into a 5-pound bag. I learned that 11 p.m. was my favorite time of day because that’s when the presses rolled, the building shook, and another day of trying to get the story right would be in black and white by morning.

I learned that angels are real the day a short, stout “doctor” saved our 2-minute-old, unresponsive baby boy’s life, but no one other than my husband and I saw him do it.

I learned that when you’re sobbing while planes crash into skyscrapers, it’s ok to ask God every hard question because He’s not stumped, and He hurts, too when dreams and buildings crash to the ground.

From the day I moved to Tyler, Texas, to today, my age has exactly doubled. The town has grown up a little. Maybe I have, too.

I went back recently. But even as I craned my neck every time we passed a house with a for-sale sign and wondered “what if?”, I kept circling around to the same, nagging truth. You never really can go back. You can retrace your steps but to actually live life you have to learn new ones.

In some ways that’s freeing because goodness gracious, who would want to re-climb the career ladder? Or drive the 1988 Nissan Pulsar whose pop-up lights were fastened on with duct tape? Or return to the sleep-deprived zombie years of 2 a.m. feedings with the little tyrants who took over your schedule, your priorities, and your heart.

But, of course in really honest moments, I wish I could go back and do everything right. I’d take back every careless word. I’d risk more faith. I’d be a more present mom and a more pleasant wife. I’d for sure have jumped out of that airplane when I was a twentysomething travel writer and that skydiving outfit in South Padre offered to comp me a tandem dive.

And it’s hard. My feet want to stay in tired, old, familiar ruts. My ankles still remember how shackles felt. My knees for sure aren’t what they used to be. In fact, truth be told, I’d love to know if “over the hill” is 40 or 50 because I’d like to tell my torn meniscus if it’s going up or down.

I was recently on my friend Heather Creekmore’s podcast (check out the link to our conversation here) and one of the questions she asked is one that might nag you, too: Why are women so afraid of aging?

I think we think our best years are behind us. And there’s a grief in that.

So when the Bible talks about straining toward what is ahead, we’re not sure we want to. Or it makes us tired because it sounds like more work. Or maybe we think it’s a nice notion, but maybe for someone else. Not us. Not with what we’ve done.

When the Apostle Paul urged his friends to run the race to win, he was in his late 50s. He only lived about another 8 to 10 years. And yet he trained—not running as “someone running aimlessly” or fighting “like a boxer beating the air”—but as someone running to get the prize.

He lived with intention. He didn’t believe his best years were behind him. He didn’t let regret over his critical, criminal past paralyze him. He adopted the self-discipline to win.

As the rolling hills, piney woods and streamside stands of oak and elm trees became smaller in my rearview mirror during my recent trip, I mused at how glad I was to not be driving a Pulsar patched together by duct tape. And I remembered why the windshield is bigger than the rearview mirror.

There’s so much life ahead. Let’s go find it.