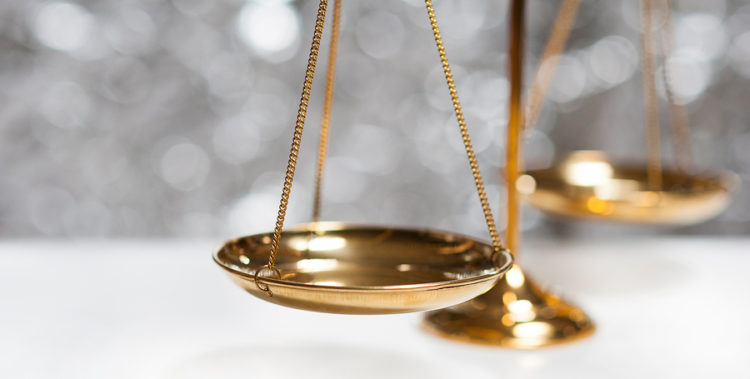 Justice vs. mercy and other lessons from a teenage driver

I should have known something was wrong. My son never uses his phone as a phone. And he was calling me during rush hour.

Turns out there’s no messing with a mom’s intuition. My son had just been rear-ended on the freeway — it was a chain-reaction, quick-stop situation and he got plowed from behind. He was a little whiplashed, but fine. From there, however, the story took a little turn. I couldn’t answer his call, so he dropped me a quick “I’ve been in an accident” text and began to troubleshoot the situation.

He knew what to do. We’d been over it with him a dozen times. Still, he didn’t get the guy’s contact information. He just let him drive away.

All the what ifs.

But what if there’s more to the story? What if my son knew exactly what he was doing? What if he saw past his own scraped-up bumper to see someone else’s scraped-up life? “Mom,” he said to me later with a tear rolling down his cheek, “I looked at him and thought, ‘I’m not broken and my car’s not broken. But the guy looked a little broken.’”

I stuffed my “yeah, buts” deep into the back of my throat while my son gained confidence and continued: “He looked like he was barely getting by. His clothes weren’t nice. His car was already beaten up. He just looked like he needed a break. So I looked at my car and looked at him and said, ‘You know what? We’re good.’ He told me ‘thank you’ like no one has ever told me ‘thank you.’ And we shook hands, got in our cars, and drove away.”

Well, that’s just great. How was I supposed to deliver my mom lecture in light of that? It’s the best bad decision my son has ever made. Or maybe it’s the worst good decision. I’m not sure.

I’ve asked myself a hundred questions since the “I’ve been in an accident” text: What if the other driver had been going 60 mph, not 20? What if they’d both been hit while standing on the shoulder of the freeway? What if that crash scene had split our family into before and after?

Here’s another question that won’t let me go: How many times — especially when our wallets are involved — do we flash mercy instead of adhering to the letter of the law?

Justice and mercy. It’s such a big discussion these days. Or maybe it’s been a big discussion all the days. Peter, with his unfiltered mouth, once got up the nerve to ask Jesus how often he should forgive someone who hurt him. “Up to seven times?” he asked, more than doubling an Old Testament prescription of forgiving to the third offense.

Thank you for playing, Peter, but no. Jesus dropped 70 times 7 on him. He didn’t intend for rule followers to get out their scorecards and make tallies to 490. Jesus was saying He multiplies mercy — and we should too.

“Jesus multiplies mercy — and we should too.”

The tension between justice and mercy makes literary masterpieces. Shakespeare’s Shylock craves the law while Portia opines that mercy is mightiest. Hugo’s Javert thirsts for ruthless retribution, while Jean Valjean’s quiet mercy restores others to dignity and life. In 188 tidy words, Aesop’s “The Lion and the Mouse” captures the simple power of mercy to save.

From literature to our living rooms, where do we land? Take an eye for an eye or turn the other cheek? Win the fight but lose the friend? Restrict or restore? Demand payment or cancel the debt?

I’m so glad God doesn’t wring His hands over what to do when justice and mercy seem to be at odds. With Him it’s not either-or. He doesn’t unhook one from the other.

Pardon the “thys” but I’m bringing this to you in the King James because Psalm 89:14 reveals a pretty cool thing about God’s mercy. “Justice and judgment are the habitation of thy throne: mercy and truth shall go before thy face.” Mercy is always in God’s line of sight, always in front of Him, always accompanying Him wherever He is. He sits on a foundation of justice. And He sees through a lens of mercy.

It’s like He’s a judge looking into a courtroom full of defendants. He sees how we lied. We hurt other people. We abused our bodies or abused each other. We wanted our neighbor’s stuff or we just flat out took it. We knew what God was asking us to do and we blew it off anyway.

In His justice God says we’re guilty. In His mercy He gets out His checkbook and pays our fine.

“In His justice God says we’re guilty. In His mercy He gets out His checkbook and pays our fine.”

All He wants in return is for us to love His Son. To say “thank you” like no one has ever said “thank you.” To live that out. To love that out. To see people the way He sees people. When we do that, God looks at His Son and looks at us, and says, “You know what? We’re good.”

This isn’t to say you never get the guy’s info and file a claim. Nor is it a commentary on immigration or social welfare programs or other hot-button political issues. Trust me, I’m not that smart. And I’m certainly not that stupid.

It’s just that these days, every time I pull into the driveway, my son’s bumper reminds me that sometimes people around us just need a break. His scratched-up car is my daily reminder to lay my 10-dollar grudges down.

Here’s what I mean: After Jesus eviscerated Peter’s stingy view of forgiveness with His 70 x 7 hyperbole, He told a story about a guy who had a $12 million debt forgiven only to grab a guy who owed him 10 bucks by the throat.

That’s me, escaping the courtroom gavel only to push someone under the thumb of my grudge.

That’s me, standing in the shadow of the cross and clinging to a scorecard.

Those are my relationships, crumbling under the weight of 10-dollar debts.

Jesus said those who show mercy will be shown mercy. And when James — who many scholars believe was Jesus’ half-brother — wrote in James 2:13 that mercy triumphs over judgment, it’s pretty cool to consider he’d spent his upbringing watching his big brother show him why. His words weren’t feel-good philosophy or a maxim for the masses. He was writing specifically to the church. To us. It’s an Rx for our relationships. James wants us to remember that judgment puts us in chains, but mercy breaks us free.

If you’ve received it, given it or witnessed it, you also know that mercy is quite simply a good look. It’s beautiful to behold. The word “triumphs” in James 2:13 translates to “full of glad confidence and has no fear of judgment.” I’ve seen that expression recently. It was on the face of an 18-year-old man who looked into the eyes of two skeptical parents and confidently persuaded them he did the right thing when he let a guy who damaged their property drive away.

I love my boy’s scraped-up bumper. I love it that he valued a person over a paint job. In the heat of the moment, I hope I would do the same. I suppose for 10 bucks he could conceal the damage with a few bumper stickers.

Maybe one of them could be Micah 6:8.