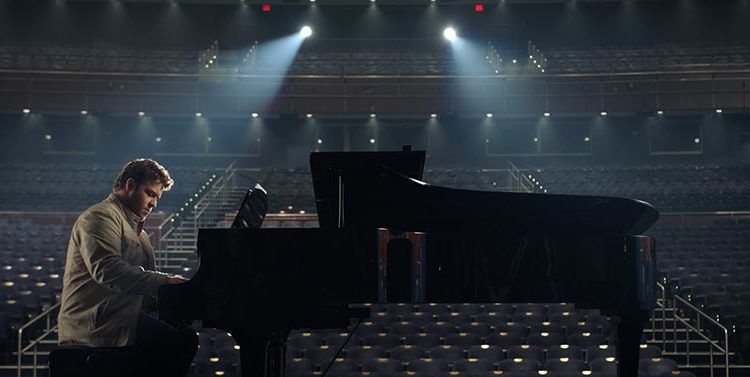 ‘I Can Only Imagine’ Takes Cinematic Seat at Adult Table

I’d like to thank my friends on social media for last weekend’s cinematic reconnaissance.

No mascara, check.
Tissues, check.
Prepare to love Amy Grant more than I already do, check.

But Oh. My. Goodness. By the time I saw “I Can Only Imagine” Sunday I was primed, but still unprepared. I paid $9.75 for a sucker punch.

I had only vague knowledge about the story behind the No. 1 bestselling Christian song of all time before my husband and I arrived for our Sunday evening show. Two hours later we sat nibbling at late-night appetizers. “I feel like I just saw, ‘I Can Only Sit Stunned,’ I blurted.

Houses that look simple on the outside can be complicated on the inside. Sometimes childhood isn’t childlike. The early segments of the film are tough to watch.

In the film, Quaid relies more on graying stubble and steely eyes than the affable, easy grin we grew to love in earlier films like “The Rookie” and “The Parent Trap.” Indeed, Quaid’s character poses a parent trap of another kind – the kind where monstrous physical abuse connects with soul-crushing emotional damage. The kind that teaches a little kid to play possum. The kind where home is the first place to flee, not the safest place to fall.

All of this is unveiled in the film’s opening segments. Full spoiler alert is now on. You’ve been warned.

The rest of “I Can Only Imagine” can basically be summed up in two words: But Christ. Quaid transforms on-screen from real-life monster into a man his son and MercyMe front man Bart Millard now calls “the Godliest man I ever knew.” The portrayal illustrates the power of Christ to overwhelm even the most destructive, identity-cracking patterns of wounds and words. “I just want people to not assume their story is over, especially when maybe they have somebody in their life that they’ve given up on or they think is hopeless,” Bart told Billboard magazine. “As long as we’re breathing, there’s a chance.”

Citing the “no-atheists-in-foxholes” adage, one critic mocked Quaid’s on-screen conversion as invalid in the wake of his character’s serious health diagnosis. That bit about the 11th hour always has bothered people. I’m no movie critic – I only play one in my blog –  but in my view, the cinematic conversion was humble and broken and masterful. It’s tough to go from monster to teddy bear in real life. It’s tough to do it on-screen in 110 minutes, too. But Quaid delivers emotionally.

Maybe he is believable because he’s a believer. Maybe he’s convincing because as a former cocaine addict who climbed back from the brink, he possessed the pathos to deliver lip-quivering questions like “If God can forgive everybody else, why can’t He forgive me?” Maybe he’s just really good at his craft. Whatever the driver, I wish I could thank him personally for the reminder that there is no Saul who cannot become Paul.

Meanwhile, J. Michael Finley of Broadway’s Les Miserables, dials up a portrayal of singer/songwriter Bart Millard that proves forgive and forget are words that still hold up. They free.

Of course, they cost, too, because as the film beautifully captures, in order to tangle with past demons you have to face them. And that’s not always a one-time deal. One of the more touching snippets I read this week describes how, when wrapping violent or angry scenes, Quaid would approach the real-life Bart on set just to make sure he was ok.

Aaurghhhh. Why couldn’t Quaid have been cast as Luke Duke when he screen tested for the role in 1979? He’d have won my heart so much earlier. He’d have told Boss Hogg off pretty good, too.

And my poor husband. He can never just see a movie with me. We have to talk about what it means. How the actors emoted. How we feel. So there we sat. Digesting appetizers. Digesting the movie. With one situation close to our hearts, we spoke about the same tired angles. But this time, we weren’t speaking the same tired words. Our sound bites went more like this:

We need to throw the “yeah buts” out of our conversations.
There’s no heart too hard.
There’s no action too final.

We finished our food. We watched a few NCAA highlights. We lingered – mostly, I think, because we didn’t want the window of time to close. Those two hours at the movies didn’t just distract us. Or entertain us. They challenged us.

The film woke me up at 4 a.m. Monday with a sweet reminder that God is in the restoration business. For those of you who have seen me sleep-deprived, you know there is nothing about 4 a.m. that is sweet. Not to me. Not ever.

But on this morning, I got up, coffeed up, and read more than a dozen movie reviews. One reviewer called the film an “earnest, awkward dud.” Another wrote, “you can hardly imagine how the movie could have been any worse.” Yet another called the film “emotionally flat,” which obviously explains the travel pack of tissues I used.

It’s cool. Art is subjective. Faith-based movies – some of which have been hits and others misses – are still ambling their way to the adult table. And critics will have their say.

But so will dollars. Last weekend:

With its little bitty $7 million budget, I Can Only Imagine stood nearly toe-to-toe with No. 2 Tomb Raider in fewer than half the theatres. I’m guessing numbers like that caused a few cinema owners to wake up at 4 a.m. Monday – kicking themselves that they didn’t get in on the earnest, awkward dud.

Don’t be the one kicking yourself too. See the show. Make the time. I could care less about sending a message to Hollywood. I’d hate for you to miss the message to your heart.