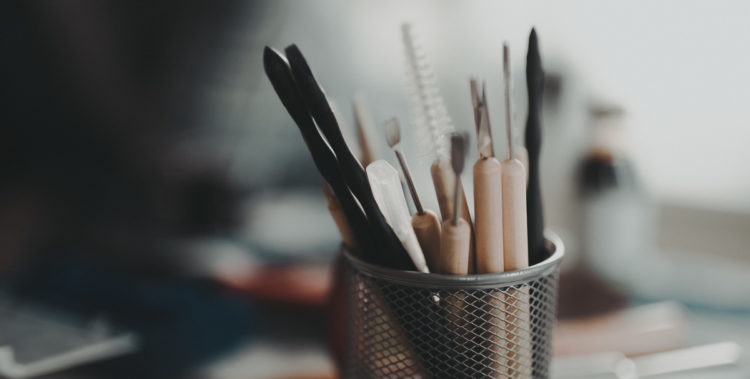 How to be a failer, not a failure

I want you to fail. I mean that in the nicest possible way.

I’ve been thinking a lot about bravery. It’s just so untidy. It forces us to grapple with our fear of failure. It makes us go with the tools we’ve got when we’d rather polish them, rearrange them, or, wait until we’ve got enough of them.

Yet God sometimes says go. Grab the tools you have. Bowl without the bumpers up. Leave the sure thing to take a risk. Take the next step when things don’t look good.

Honestly, my flinch is to want things to be tidier, kind of like Samuel Piermont Langley. In 1903, he was the media darling of the race to the skies. An inventor armed with a $50,000 contract from the U.S. War Department and with the full resources and backing of the Smithsonian, Langley was the shoo-in to build the first engine-powered, manned airplane. He had the funding and he had the fawning. His “aerodrome” had brass bushings, shiny pistons and fittings that positively gleamed, writes author James Tobin.

Yet Langley’s engine-powered plane kerplunked into the Potomac. Twice.

His engine flooded with water and his ego flooded with failure. Langley was two and through. “There was not much question that his sense of destiny was totally shattered in that trial,” writes Tobin. He never tried again.

Meanwhile, 250 miles away, two brothers — known to each other as Ullam and Bubs — relentlessly tested concepts of propulsion, lift and drag in relative obscurity. They built their first glider for 15 bucks. They were supported, Tobin says, “only by their exceptional family.” The guy who built the crude 12-horsepower gas engine for their first airplane was the mechanic from the bike shop they owned.

They lacked pedigree and didn’t wait for perfection. They just threw a bunch of tools into a bag and flew, crashed, repaired, and flew. They failed fast, knowing every failure yielded fresh data. And finally, on Dec. 17, 1903, Wilbur and Orville Wright took turns flying four manned flights along the mid-Atlantic coast. Their total budget came in under $1,000.

Why the history lesson?

Some of us are waiting for one day instead of seizing day one. We’re not built to fail fast — we’re paralyzed by perfection. Maybe it’s time to throw the tools we’ve got into a bag and take off. Crash, fix it, write down what we know, and fly again.

Oh we might be like Joseph. Scripture says the Lord caused all that he did to succeed in his hands. Or we might crash a few times. If God is asking us to move, either way it’s ok, because the whole point of taking brave steps is to illustrate our obedience, not illuminate our success.

The whole point of taking brave steps is to illustrate our obedience, not illuminate our success.

Oh to be sure, there is a light that shines on our actions. My friend Janet talked about this in her mind-blowing bible study on the touchy, twitchy subject of good works last night. But the light isn’t so we’ll look awesome. It’s so that God will.

Freedom from fear of failure

Does that free you up? It sure does me. Some of us need to give ourselves permission to fix a few things on the fly. This, by the way, is declaring freedom from the fear that we’ll never measure up.

I’m picturing you perfectionists, wincing. I see you recovering perfectionists, nodding your head and wanting to believe it so bad. I also see you inventors or artists who have something to offer, but fear of failure has a chokehold on your dream. Or the disease to please holds you back. Or the “who do you think you are” taunt keeps you trapped in your own life instead of stepping into the one God imagines for you.

My friend Sue and I have talked a lot lately about 2 Corinthians 5:14, “Christ’s love compels us.” The Message paraphrases it, “He moves us to extremes.” And reading on in chapter 5, we find the reason why: He calls us, He makes us new, and then He sends us to speak for Christ.

We’re the link between reconciliation and those who crave it. We’re the ones. And that takes bravery.

My bet is on you to be brave. To grab the tools you’ve got and go. The more I read the bible, the more I see ordinary people doing the same thing.

A teenage shepherd ran quickly toward the battle with a slingshot and five stones.

Moses walked into a palace with a stick and demanded the release of a ruler’s entire workforce of slaves.

A boy with five loaves and two fishes saw the impossible crowd size but said, “Here’s what I’ve got.”

A sinful woman washed Jesus’ feet with her tears and long hair, abandoning any care that scoffers would shame her expression of love.

And Mary. Sweet teenage, swept-up-into-something-bigger-than-herself Mary. She walked into Her divine assignment with obedience and faith.

These were shepherds and sinners and kids who didn’t have everything figured out. The only thing their brave acts had in common? An uncommon God and a few simple tools. A slingshot, a staff and enough food for five.

My pastor is fond of saying “fail forward.” Maybe it’s time. Click submit. Say the thing. Start the blog. Lead the charge. Share your faith. Grab the tools you’ve got and go. After all, Exodus 4:11, Philippians 1:6, Hebrews 13:21 and the Bible’s huge collection bin of power verses are for you, too.

If you think I’m preaching, I am a little to myself. I am trying to figure out this whole write-a-book thing, and I’ll be honest, it’s scary. Throw “who do you think you are,” “you’ll never be good enough,” “it’s too hard,” and kale—mostly because I don’t like kale—into the blender, press purée, and that big glob is enough to choke any writer.

And those are just the inside voices. I’ve seen the Twitter war being waged against Beth Moore. I’ve sat in utter disbelief as Christians eat our own. We weaponize scripture and bury each other with doctrine while spectators decide the air isn’t any better in here than it is out there.

The answer is yes

Who in their right mind steps into that space?

We do. If God is moving us to extremes, the answer is yes. It’s just a big, brave yes. Yes is how a shepherd boy defeated a giant, how an abandoned baby saved a nation, and how a hooker arrived to dinner red as scarlet and left white as snow.

Bravery isn’t waiting until your ducks are in a row. Bravery is taking a step even when you aren’t sure you can draw a straight line. Two guys named Orville and Wilbur changed history. It didn’t matter to them that Mr. Fancy Three Names had $50,000. They had 15 bucks, so they started with that.

Time is short. If we’re going to fail, let’s fail fast. In the end, if we’re saying yes to God, we may be failers but we’ll never be failures.

And I don’t know about you, but to me that sounds like a win.