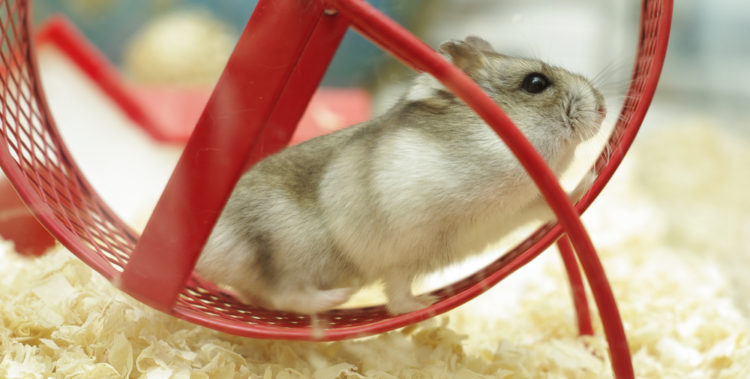 God won’t give you more than you can handle. Um, actually…

I have a friend who works on her feet all day, muscling through migraines and chronic neck pain. After her day job, the real work begins when she arrives home to care for a disabled loved one. She doesn’t stop. She doesn’t have that luxury. She works and sleeps and does it all over again.

“Something will break,” I told her recently.

The look in her eyes said, “I’m afraid it will be me.”

Can you relate? Do you ever want to just hop off the ride for a hot minute? Press pause on the everydayness of worrying how you’ll make ends meet, or waiting for your prodigal to come home, or wondering if you’ll survive the loss that wrecked your life?

Your feet keep the hamster wheel spinning, but you arrive at the same old places. You need heaven to touch earth, but if it did there’s a chance you’d miss it because you’re head-down, doing the next thing. Meeting the next deadline. Gasping for air in a struggling marriage. Making dents in your mountain of debt. Living with chronic pain. It’s death by a thousand cuts.

There’s a beautiful word in scripture. David turned to it in Psalm 71. When he wrote this Psalm he was an old man, a lifetime removed from the ruddy, handsome shepherd boy he’d once been. He had fought bravely as a war hero, yet been humbled by life on the run. He’d been a man after God’s own heart but also a man after a married woman. He was an incredible leader but not always an incredible father. His story was, to say the least, complicated. He had regrets. In verses 20-21, he wrote:

“You who have made me see many troubles and calamities will revive me again; from the depths of the earth you will bring me up again. You will increase my greatness and comfort me again.”

Do you see it?

Bring me up again.

David knew his again would come. He’d been walking and talking with God a long time. He poured out this familiar pattern over and over: God are you here? Do you care? False accusers are killing my name. My enemies are trying to kill me. I’m tired and cold and heartbroken. Yet I will praise.

Sometimes it takes every last bit of surrender and strength to pull yourself into a posture of praise. To choose it. To mean it.

Or maybe you’re just not sure. You feel like God is indifferent. You heard He parted the Red Sea once, but you’re not sure He’ll part yours. Or that He even sees you drowning. Here’s the thing about the Red Sea: The only way was through it. When the Israelites arrived at the water’s edge, pharaoh’s army closed in from behind and the terrain on each side was inhospitable. Forward was the only option. And when His people took a step, God did the extraordinary.

Some of you believe your again is long gone. “My grace is sufficient for you, for my power is made perfect in weakness” was an awesome refrigerator magnet until those words took a terrifying turn because in desperation for relief from chronic pain or family brokenness or private heartache, you felt trapped by them instead of freed. That’s fear. And it’s a liar.

I don’t offer these words tritely or lightly because sometimes the pain we endure is crushing. Sometimes, God gives us more than we can handle. (1 Corinthians. 10:13 is often quoted to suggest God won’t give us more than we can handle. We want to believe we’re strong like that. But the verse actually says God will not let us be tempted beyond what we can bear. It’s in the context of sin and idolatry. In other words, God provides a way out from things that threaten to drag us away from Him.)

So, you bet, God gives us more than we can handle. The Apostle Paul said as much in 2 Corinthians 1:8, when he wrote, “we were so utterly burdened beyond our strength that we despaired of life itself.”

Why would a God who loves us allow or author this burden? Paul’s answer in 2 Corinthians 1:9-10 is as uncomfortable as it is unconventional: “We felt that we had received a sentence of death. But that was to make us rely not on ourselves but on God who raises the dead. He delivered us from such a deadly peril, and he will deliver us. On him we have set our hope that he will deliver us again.”

We want to rely on ourselves. To sort it out on our own. To be the heroine of our story. But God wants to be known as our Deliverer. And deliverance doesn’t come in a day.

Joseph suffered in prison for two years for a crime he didn’t commit. For as long as a decade, David fled from a declining king obsessed with killing him. Moses spent 40 years in his own wilderness before he could lead the Israelites out of theirs.

Sometimes God’s again will take us where we don’t want to go. God told the prophet Hosea to love his cheating wife again. Paul was again pushed near death to rely on God who raises the dead. After Cain killed Abel, Adam loved Eve again, and they had a son named Seth, which means substituted. There’s unbelievable heartache in that.

God may be using the very worst of circumstances to build muscles He’s going to ask you to flex. Muscles like bravery and compassion and unwavering certainty in His goodness. He’s not indifferent toward you. He cares so much about your struggling heart. He’s making something remarkable in you. And remarkable things take time. Oak trees that tower over grassy fields are made majestic only after withstanding the harsh summer sun, whipping winds, winter freezes and long droughts that force their roots deep. So, go deep. Majesty will meet you there.

Something will break and it won’t be you. God will deliver you. He hasn’t forgotten how.

He gets the last word in this thing, so praise Him during your not-yet. Hold on as He writes your story. Believe Him for your breakthrough. Take notes as your triumph unfolds.