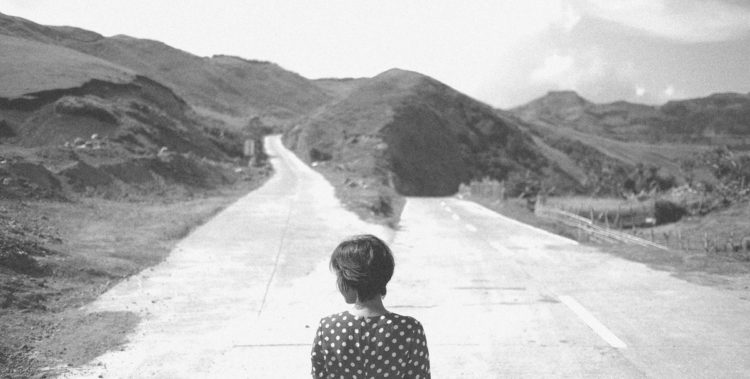 If you love Princess Bride like I do (and if you don’t, that’s inconceivable) you are well-acquainted with the sound of ultimate suffering.

The sound belongs to heroic Wesley, whose agonized screams pierce the idyllic countryside as he endures a medieval torture device called the Life-Sucking Machine. Poor Wesley. He winds up mostly dead.

Anyone in midlife feeling that? Oh, there aren’t literal suction cups sucking literal years of our lives. But these midlife years stretch us. Lippy teens and aging parents. Misbehaving hormones and misdirected outbursts. Jobs that drain us. Relationships that pain us. Schedules that fill our hours but empty our days.

Honestly, some days I feel like midlife has thrown me in the blender. I feel like a puréed version of me. I’m pretty sure I haven’t slept since the Clinton Administration. Where did the real Laurie go? Her eyes sparkled. Her jeans fit. Her suitcase was always ready.

I thought I’d have some things figured out by now, and yet here I am: My goals are changing. My career is changing. My nest is emptying. My body—honestly, I have no actual idea what my body is doing but it should be illegal in all 50 states and Guam.

The more midlife women I compare notes with, the more I realize a common theme: We’re living in a revved-up state of fight or flight. Attack or run. Or even worse, we’re living edgy and anxious in an uneasy season of not-yet. There’s no rest in that. When we’re all-Martha all the time, we may outrun Mary but we don’t out-rest her. And we sure won’t outlast her.

No sitting at Jesus’ feet.

This was never how Jesus wanted us to spend time with Him. He described His yoke as easy and His burden as light. He never ran. He didn’t overcommit. He didn’t wring His hands in worry about how things would turn out. When the people in the eastern shore of the sea of Galilee begged Him to leave after He hurled demons into a herd of pigs, the very next recorded words of scripture were “As Jesus was getting into the boat …”

We can learn from that. He pivoted from the drama and just got into the boat. The very next miracle Jesus performed was to heal a woman who’d been hemorrhaging for 12 years. I’m sure she’s glad He pivoted.

What would it be like to be so free? To be so on mission? We actually do get a say, you know. Midlife is a great time to decide what can stay and what should go. In fact, decide is a death word. The Latin root of decide means to cut off, cut away or put to death. Homicide, pesticide and genocide are born from this, too.

If coming to Jesus doesn’t feel easy and light anymore, we can decide to set the dead weight down. It’s kind of like a double death. The good news is, just like with math, two negatives makes a positive. Putting to death the dead weight leads to life.

The bad news is, by midlife this gets harder and we have to be super-intentional and maybe even ruthless about it. Just because we’re used to carrying heavy bags doesn’t mean we’re meant to carry heavy bags. But here we are. We fear that God isn’t bigger than what we’ve done or endured, so we carry the load. It’s heavy, but we’re pretty sure we’re stuck with it. Or we’ve grown so accustomed to controlling the narrative that we can’t imagine what it would be like to trust Jesus to.

So, we limp along, mostly dead.

We don’t always see it. By the time we’re thirsty, we’re already dehydrated. By the time the frog is boiling it’s too late to hop out of the hot water.

Let’s hold hands and hop out of the pot. Let’s repent instead of resent. Let’s trade pace for peace. Let’s lighten the load of our own expectations, the unforgiveness that’s killing us, and the weight of the shame God never asked us to carry. We’re not the exception here. He doesn’t offer a light burden to everyone but us.

The regret you’ve harbored over parenting patterns you got wrong. It’s not serving anyone but the enemy.

The secret that’s suctioning your life. Refuse to let it thrive in the dark.

The grudge you nurture toward an abuser or an accuser. Lay it down.

The critical self-talk that flies in the face of the image God made you in—His. Play a new tape, starting with Isaiah 43:4. It’ll take your breath away.

Along the way, some of us believed we were ineligible for the fullness of His grace. This was never true, but it was true between our ears so that’s all that mattered. Yet grace says to a thief on a cross, “see you today in paradise.” Grace says to a sinful woman washing Jesus’ feet with her tears and hair, “I forgive you.”

Grace goes all the places we don’t think it should go—and that includes our histories and our hurts.

Let’s settle this thing now. Let’s decide to stop settling for a life of mostly dead. Jesus came so we could have life and have it to the full. That includes all of life.

Let’s get a midlife. Who’s in?

(If you just answered a resounding yes, click here to join the fun over at my new Facebook group, Get a Midlife!)