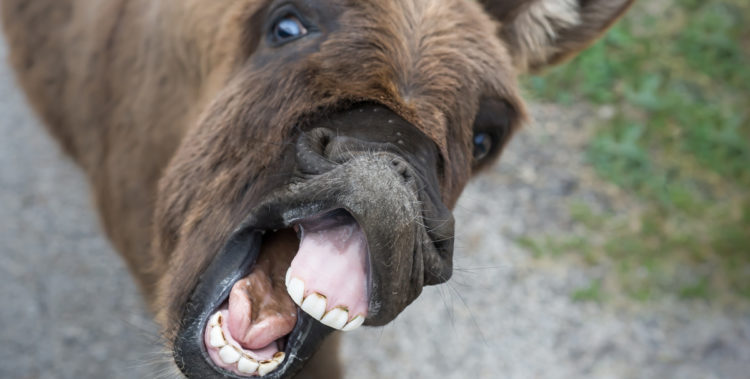 Is It Time for You To Be Fun Again?

Would it help you today to know it’s ok to laugh? That even in the insanity of daily headlines, we aren’t hopeless, and I do hope we’re not humorless.

Just because the globe is uptight doesn’t mean God forgot His fun side. It’s everywhere. Here are a few places I see it:

The platypus. This surprising mammal was thought originally to be a hoax, and it’s no wonder because a duck’s bill on an otter’s body may have been God’s very own LOL moment during Day 5 of His creation sprint. The platypus is so peculiar that when a specimen was sent to 18th century zoologist George Shaw at the British Museum, he thought the bill was grafted on to prank him. (To be fair, other visitors had brought back a “mermaid,” made from the skin of a monkey skillfully sewn to the tail of a fish.)

Then there’s the mudpuppy, a kind of salamander found in North America. It is nocturnal and neotenous, which literally means it never grows up. So, it’s basically the spirit animal for 25-year-olds who live in their parents’ basements gaming until 3 a.m.

And remember Balaam in the bible? He was on a reckless path, and God blocked it with an angel that only Balaam’s donkey could see. Um, what?

Then Balaam’s donkey talked to him. Then Balaam answered her. There was no, “wait, what?” moment. Just a man and his donkey having a chat, ala Alice and the Cheshire Cat.

I used to get so nervous when I spoke in public. Now, I’m reminded that God used a donkey to speak once. He can probably make my mouth move, too.

One morning I headed out on a walk to clear my head. I had a real-life bully on my hands and I was feeling small. I opened my Bible app, and 2 Kings 19 was next up on my reading/listening plan. I’ve written about this before, but I’m not going to lie, I wasn’t too excited to hear about an ancient king. I needed a proven Proverb or a reminder of the power of the Gospel.

In 2 Kings 19, God used a superb piece of hyperbole to dress down an arrogant king who mocked Him and threatened the people he loves. Here’s God’s account of that king’s thirst for taking credit: “You have said … with the soles of my feet, I have dried up all the streams of Egypt.”

Here’s another Old Testament tickler: When the Philistines captured the ark of the covenant and placed it next to their god, the idol fell facedown before the ark by morning. The people put their god back, and the same thing happened the next morning—this time with his head and hands broken off.

They didn’t try a third time.

God marked high points and remembrances on the calendar by instituting festivals and feasts. I think He knew we’d forget Him, but there are other ways He could have nudged us to remember. He chose communal gatherings. I think He must love a good celebration. Community and celebration put us near to the joyful heartbeat that God wants us to feel when we follow Him. So much laughter and silliness happens when we’re together. It’s tough to find alone.

So how are you doing? Do you need to remember how to be fun again?

Proverbs 17:22 says, a cheerful heart is good medicine, but a broken spirit saps a person’s strength. Do yourself and your family a favor this week. Watch less news. Don’t let headlines rule your head. Don’t let this world break your spirit. Keep your heart cheerful. That’s good medicine for yourself and others.

God gets a bad rap for being a cosmic killjoy, but I see his sense of humor everywhere. What about you? Where do you see it? Let me know in the comments below.