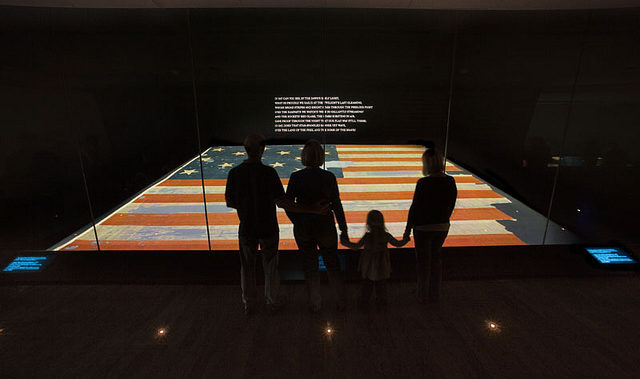 Freedom Is a Tall Order

Two years ago today, I stood at the base of Freedom Tower in New York. I looked up – way up – to locate the top of the tower’s 1,776 feet. I couldn’t totally tell where One World Trade Center ends and the sky begins. But I remember fighting off vertigo and noting the metaphor: Freedom is a tall order.

We yearn for it. We fight for it. We fight about it. Two sides grab megaphones and simultaneously call for freedom of religion and freedom from religion. We act as arbiter of other nations’ freedoms even as the landscape shifts on our own. Cue the vertigo again. 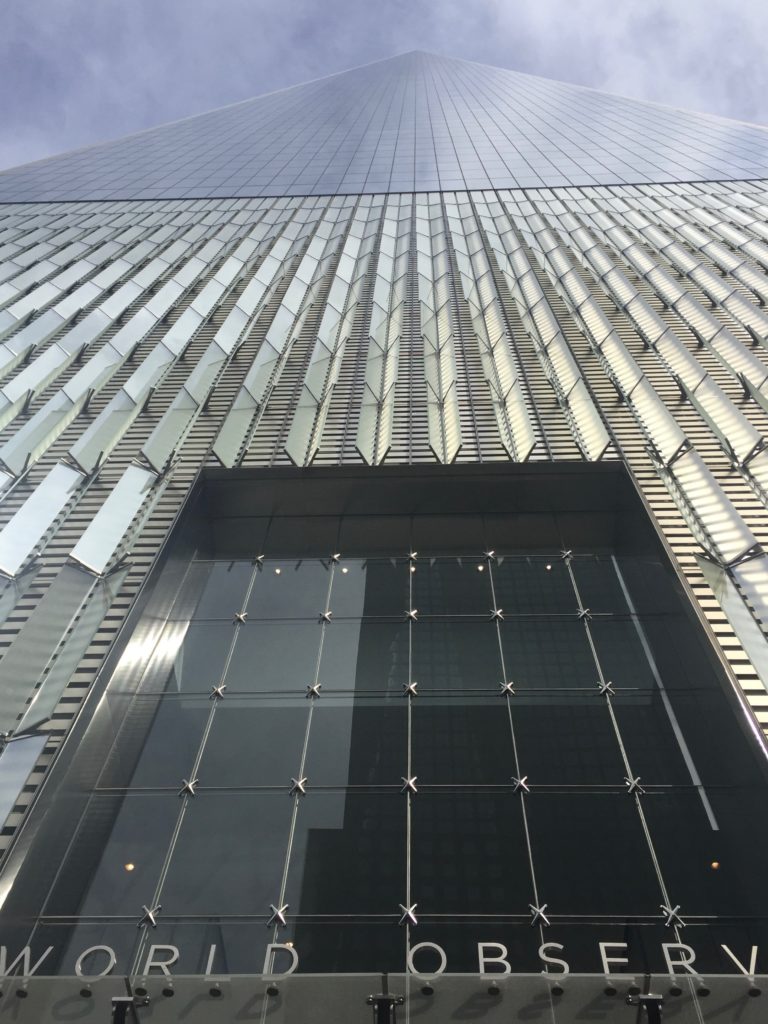 The cool thing about life with Jesus is it’s just not that complicated. Freedom is just freedom.

Once we’re settled into what we’re free from, then the preposition — and the proposition — changes. We’re no longer just free from. We are free to.

Jesus handed out freedom and compassion and kindness like parade candy. And it never depended on His own comfort or circumstances. He didn’t need a roof over His head to offer people a home. He didn’t worry about whether the company he kept would tarnish his reputation. He didn’t do damage control when others said untrue things about Him. He didn’t hire fixers, curry favor, curate a perfect public persona or clamor up the fickle ladder of man’s esteem. He sensed a trap coming and reclined around a dinner table with friends anyway. He just didn’t get all worked up over the maneuverings of man. He was a calm, cool 120 over 80.

From His example we find our purpose. It is for freedom that Christ has set us free. The Galatians 5:1 passage isn’t a sophomoric redundancy. It literally means He places us in a state of freedom so that we are free. In other words, He makes us free.

That kind of freedom makes us do crazy things. It causes us to hope. It lifts our spirits. It helps us see higher. It emboldens our life with power.

It’s also why the bibles issued to 19th century slaves deleted references to freedom. At the Museum of the Bible in Washington D.C., an 1808 King James-based volume titled “Parts of the Holy Bible, Selected for the Use of Negro Slaves in the British West-India Islands” is on display. The entire Exodus of the Israelites from Egypt? Gone. Passages such as Galatians 5:1 and II Corintians 3:17? Deleted. Jesus’ own declaration that He came to proclaim freedom for prisoners? Struck from the record. It was part of an inhumane process to demoralize and break the spirits of slaves. And that’s one editorial board I’d hate to give an answer for serving on.

Turning my thoughts more toward modern-day America, she turns 242 today. The older I get the younger that sounds. Seriously, I’ve been alive for 20 percent of our country’s life. That just sounds wrong. Still, the Fourth is one of my favorite holidays. I spent last 4th of July at a party hosted by some British friends, and I’m not gonna lie, it was fun to gloat. They predicted we’ll come crawling back to the throne.

Today, I’ll watch a baseball game and eat a hot dog and maybe apple pie. I’ll  100 percent for sure get choked up during the fireworks. My mascara cuts a canal through my concealer when I get anywhere near a reminder of what it costs to be free.

During a recent trip to our nation’s capital, I was so moved at the Tomb of the Unknowns in Arlington Cemetery, where the best of the U.S. Army’s elite 3rd Infantry Regiment guard the remains of unknown men who died defending our freedom. The white glove rifle inspection. The Tomb Guard holding his weapon on the shoulder closest to visitors to signify that nothing can come between him and the tomb. I was a hot mess, and it had nothing to do with the humid D.C. summer day. 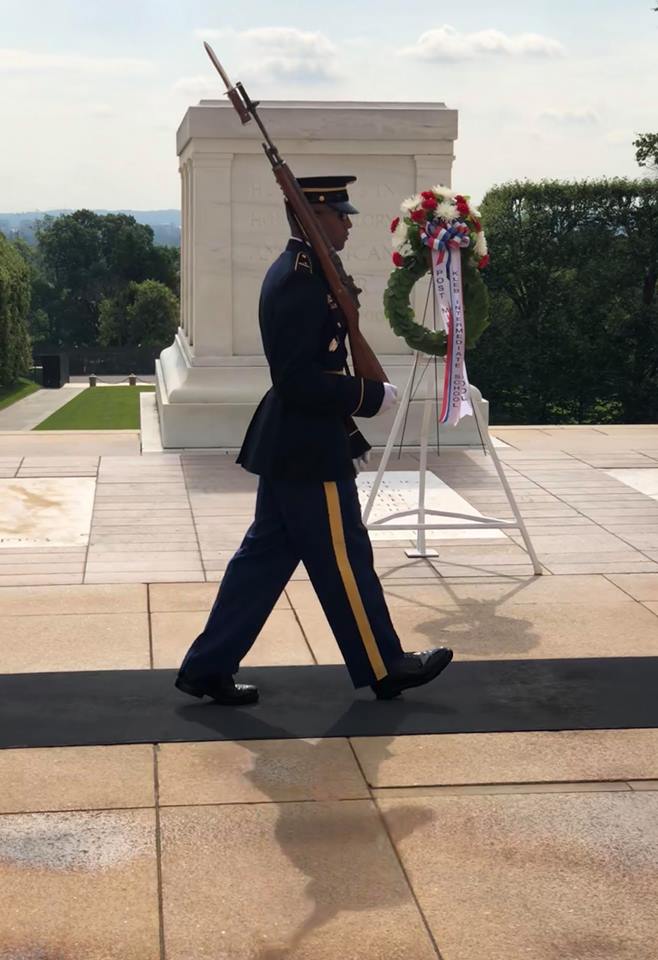 A few hours later, I stood a few feet from the American flag that survived the Battle of Baltimore and inspired Francis Scott Key to write The Star-Spangled Banner. It’s a massive 30’ by 34’ wool and cotton blend of symbolism on display in a climate-controlled, dimly lit Smithsonian enclosure. And I feel like it was perfectly normal to be wearing my sunglasses in there.

I dabbed my eyes through the World War II Memorial on the anniversary of D-Day. And then I proceeded to catch my breath at the Lincoln Memorial, where the theologically rich, reconciliatory words of Lincoln’s Second Inaugural Address are engraved in their entirety across the monument’s north wall. “Both read the same Bible and pray to the same God; and each invokes His aid against the other,” Lincoln wrote, calling for the nation to bind its wounds and probing the notion that God’s will might just really be God’s will, not the Northern God’s will or the Southern God’s will.

Five weeks later the war would end. Five days after that, our nation’s 16th president – who had almost single-handedly kept a nation from tearing her 90-year-old independence apart at the seams – was dead from an assassin’s bullet. 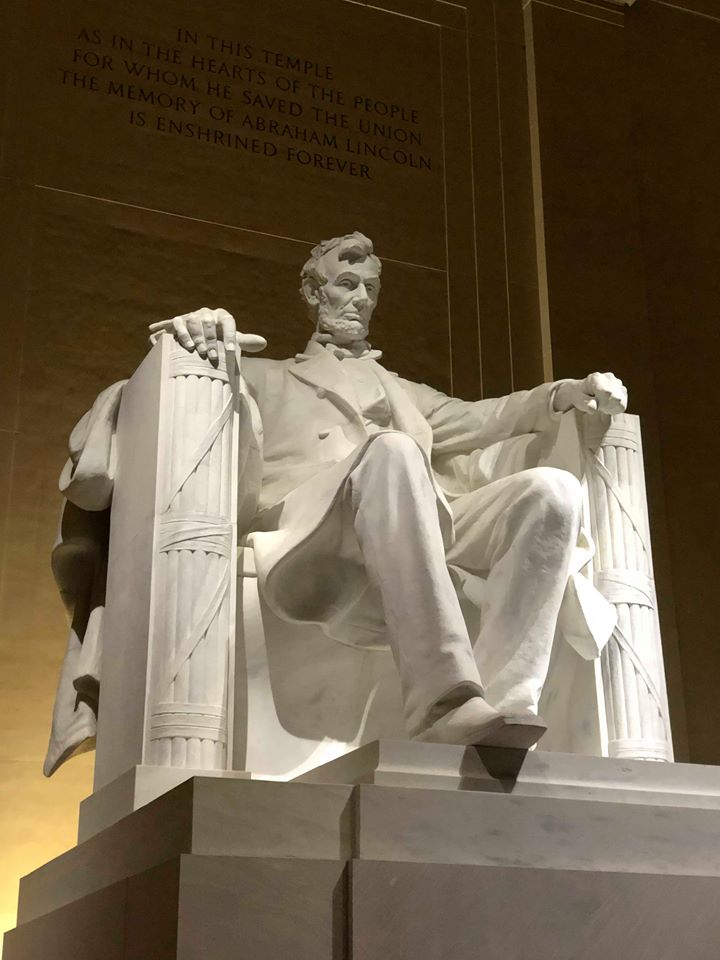 Freedom comes at a high cost. A day like today reminds us of that. It’s when our nation declared our risky, stacked-odds intention to hurtle toward freedom. For me, July 4th always intertwines with my personal Independence Day – a summer day in 1994 when I took Jesus up on His deal. His pain for my gain. His death for my life. His nails for my freedom.

When I look up – way up – it can sometimes be tricky to spot where my life ends and God’s life in me begins. I’ve been living this Christian life for a little while and I’m still surprised at how quickly I revert to type or how comfortably I slip back into old chains.

My friend Melinda reminded me recently that Jesus does place a yoke on us. But it was never meant to be placed on top of all the old yokes of anxiety or addiction or utter self-absorption that once guided our lives. His yoke is easy and His burden is light. Boom. Just wow. It really is that simple.

It is for freedom that Christ has set us free. It was a tall order. It came about 9 to 13 feet off the ground on a cross whose cost was unbearably high.

And it’s probably why I get choked up when I’m anywhere near a reminder of what it costs to be free.